Laurence Francis Fanning (1874-1938) was the son of Michael Fanning and Catherine Ryan of Lissaroon Co Tipperary Ireland. He spent considerable time in America. He married Bridget Fanning of Clondoty. They had two children. He lived in Bouladuff working as a publican and farmer until his death in 1938. 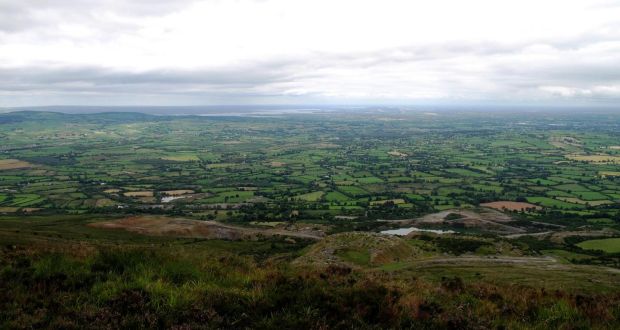 Laurence was the son of Michael Fanning (1811-1878) and Catherine Ryan and was born at Lisaroon on 27 Oct 1874. He spent some time in America and made a number of trips back to Ireland before permanently settling in Bouladuff Co Tipperary.

Bouladuff is a village five miles from Thurles. It is also known as Inch and The Ragg. It is bounded by the Silvermine Mountains on the north west and by the Slieveardagh Hills on the southeast.

On the records at Ellis Island.org Laurence F. Fanning, aged 30, from Thurles arrived on the “Teutonic” on 25 May 1905. He was a US Citizen, occupation clerk. His final destination was 4659 State St Chicago and reason for journey was “returning home”. Port of departure was Queenstown (Cobh), Co Cork, Ireland.

At some point, Laurence returned to Ireland and then eloped with his cousin Bridget Fanning. There was such outrage that they went to America where Laurence worked as a barman. 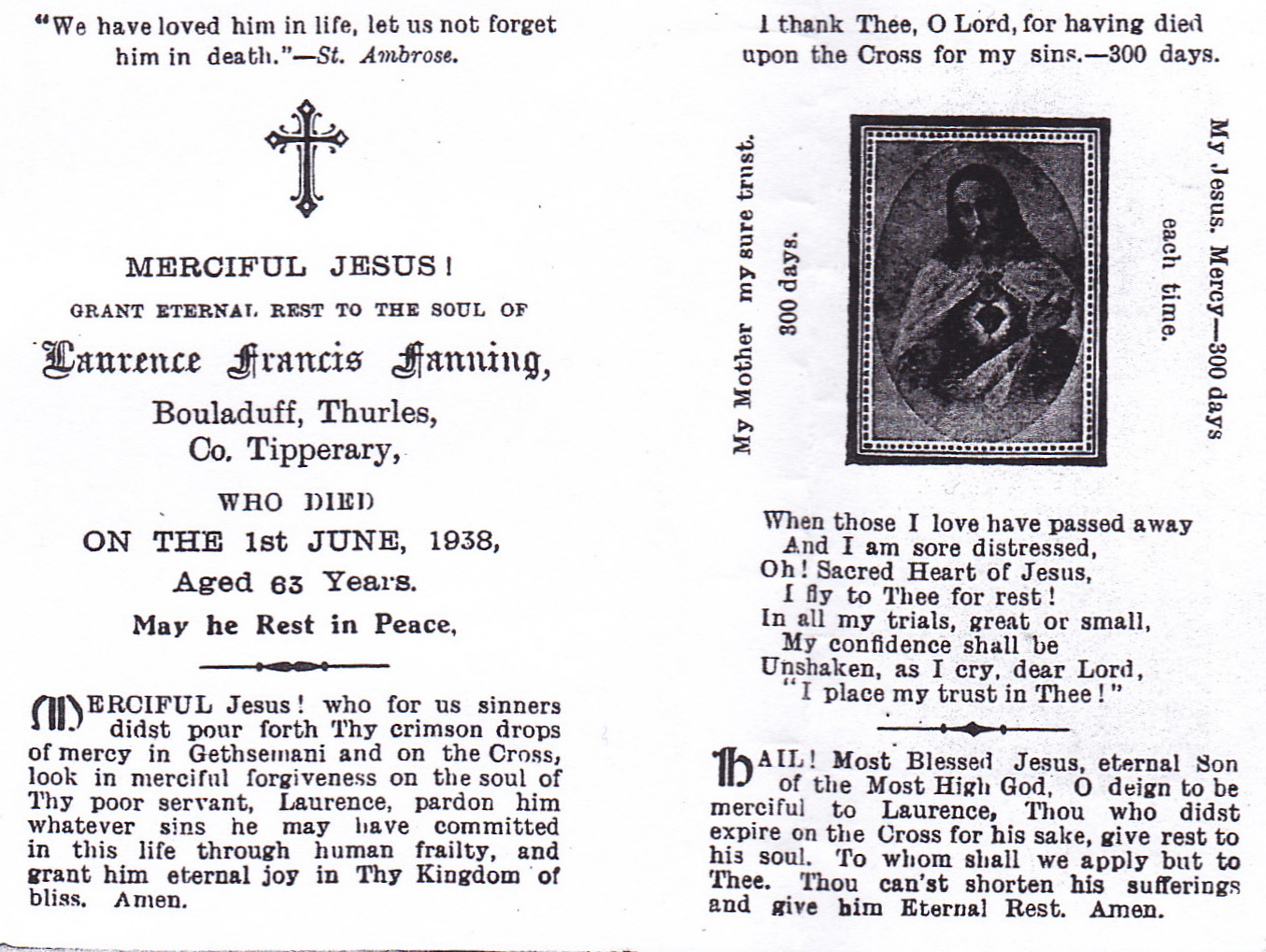 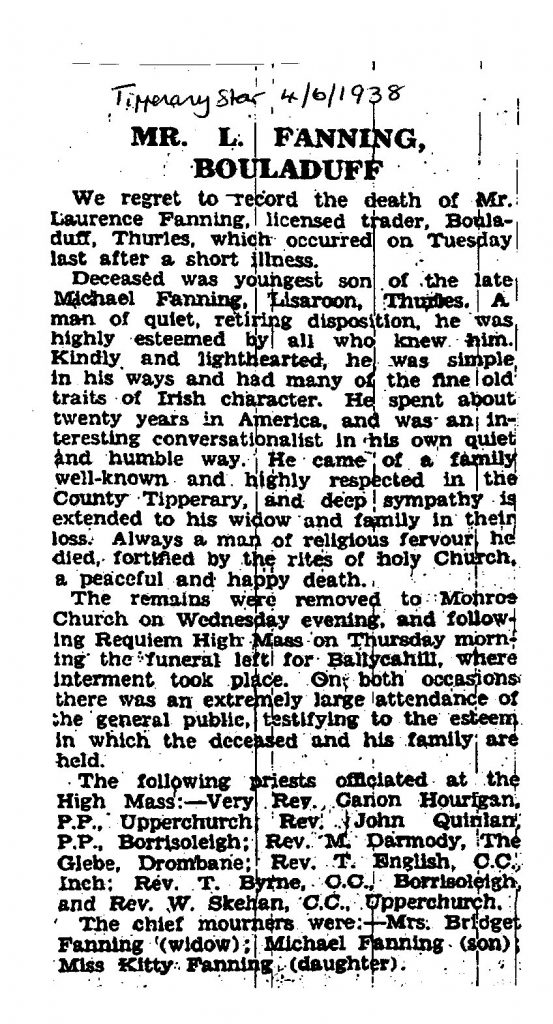 Below is an article from the Nenagh Guardian relating to police investigating Fannings Pub in Bouladuff.

In 1950 Micky Fanning put the premises at Bouladuff up for sale: 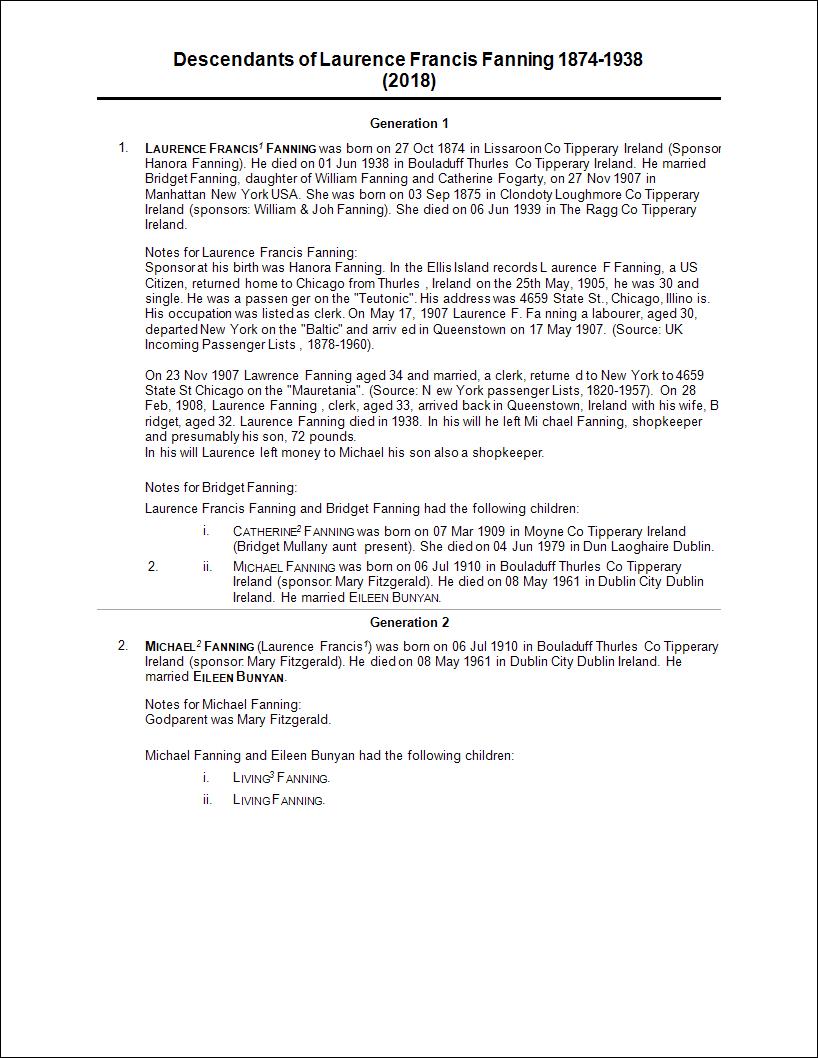