Letters and information about the family history of the Dillons and Feehans from Clonpet Co Tipperary Ireland who emigrated to Victoria Australia.. 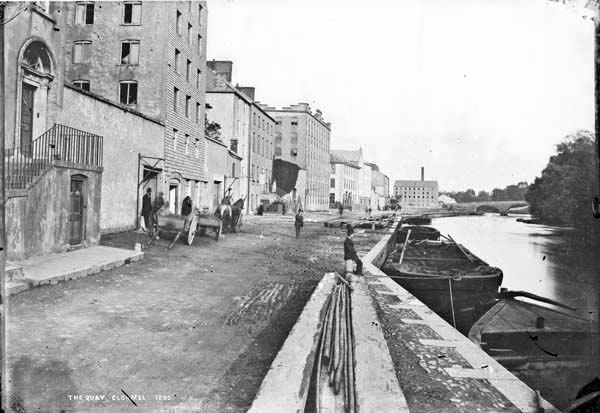 The following information and documents relate to the Feehans and Dillons from Co Tipperary who emigrated to the colony of Victoria.

This information was put together by the late Vic Feehan. It was kindly sent to me by Pat Feehan and published with his permission.

It is a draft which unfortunately was not completed but the letters and details included are still wonderful, especially the letters. It is so rare to find letters from this time. 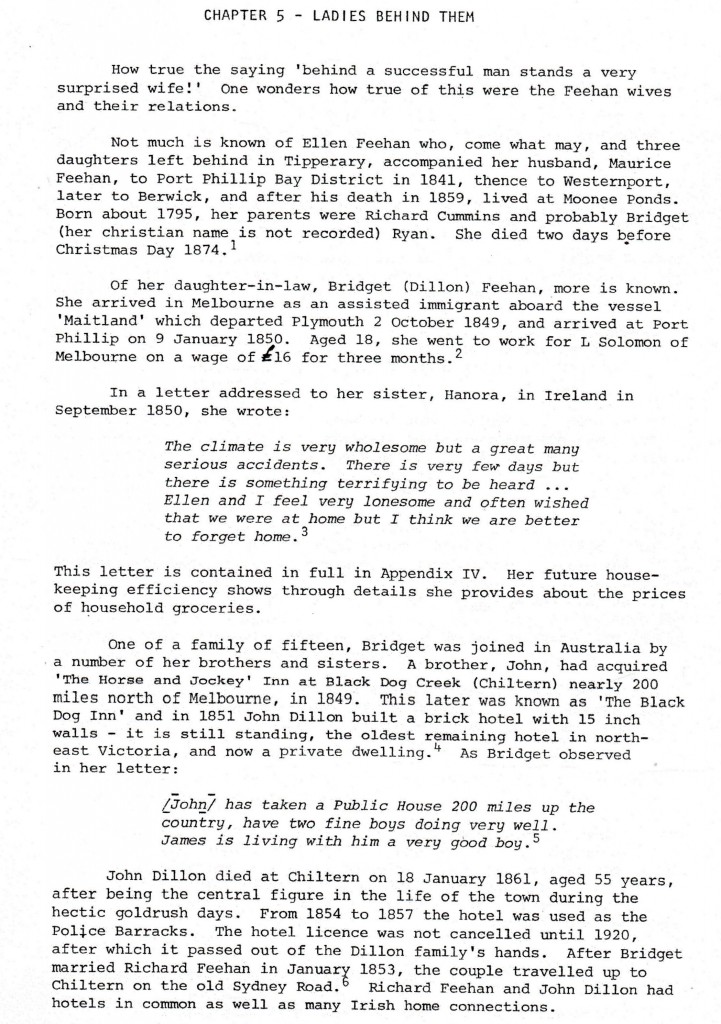 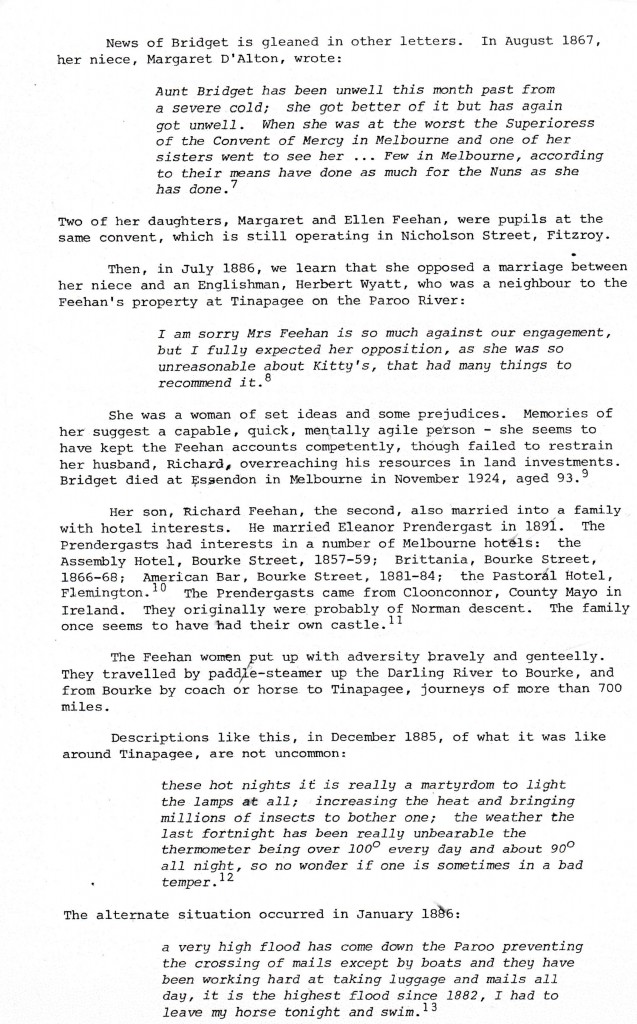 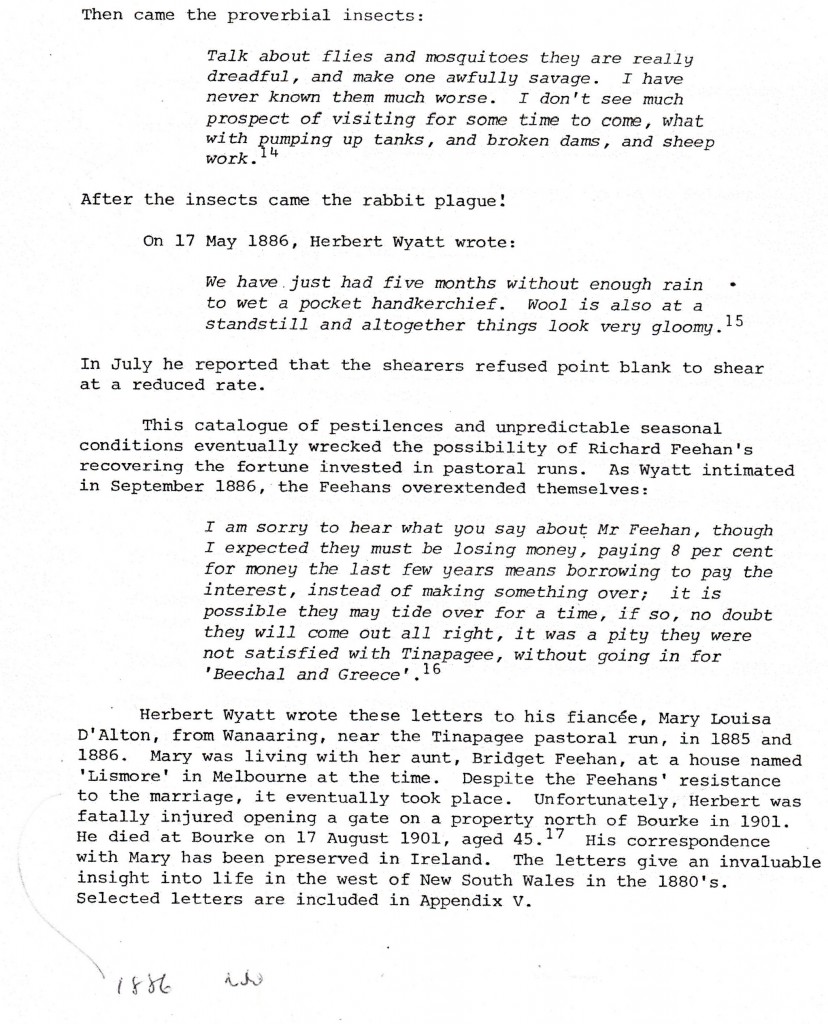 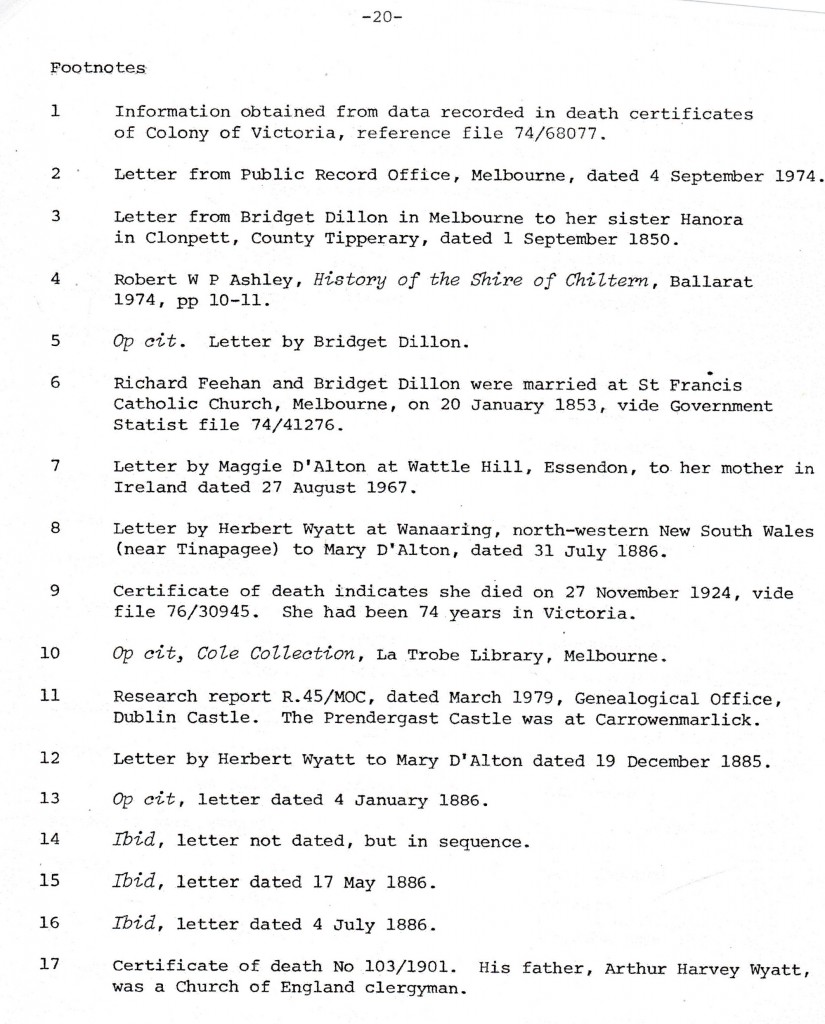 The following is a letter from Richard Feehan in Melbourne to Richard Dillon in Co Tipperary ireland dated Dec 4 1873. 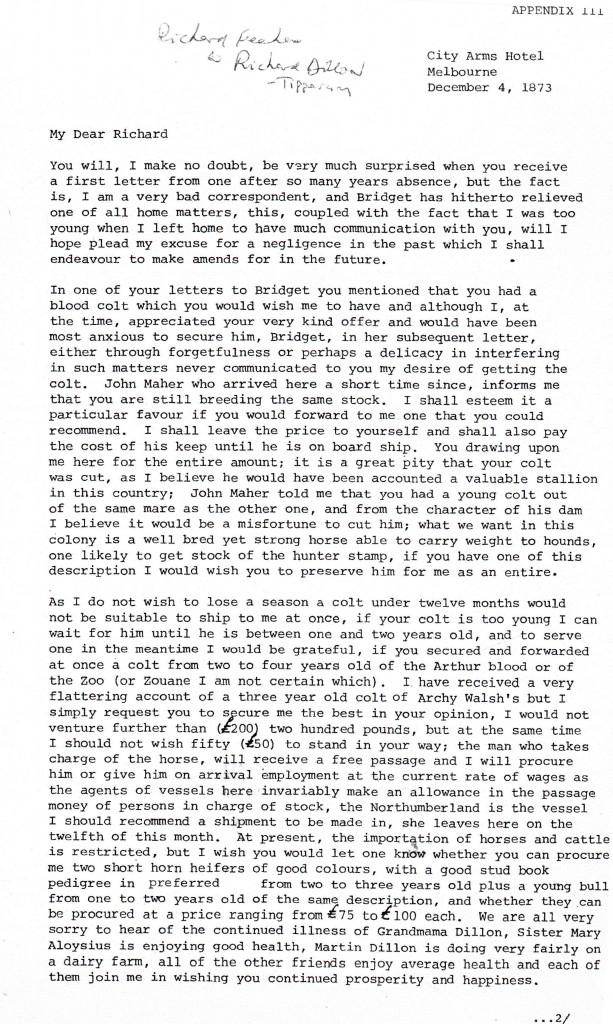 This letter is from Bridget Dillon in Melbourne in 1850 to her sister Honora Dillon in Co Tipperary. Bridget married Richard Feehan in 1853 in Victoria: 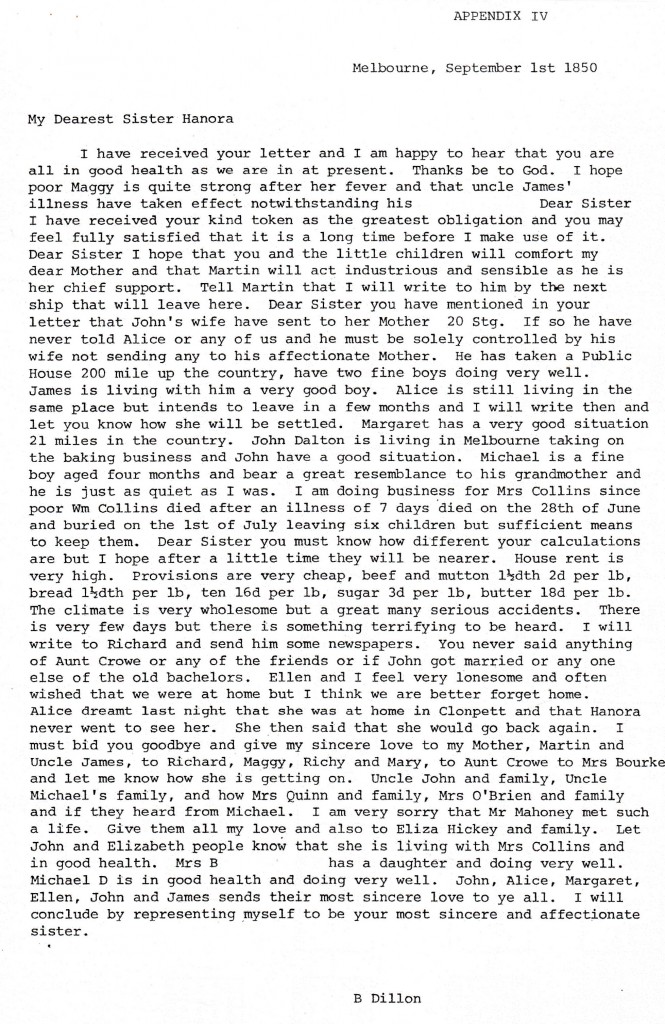 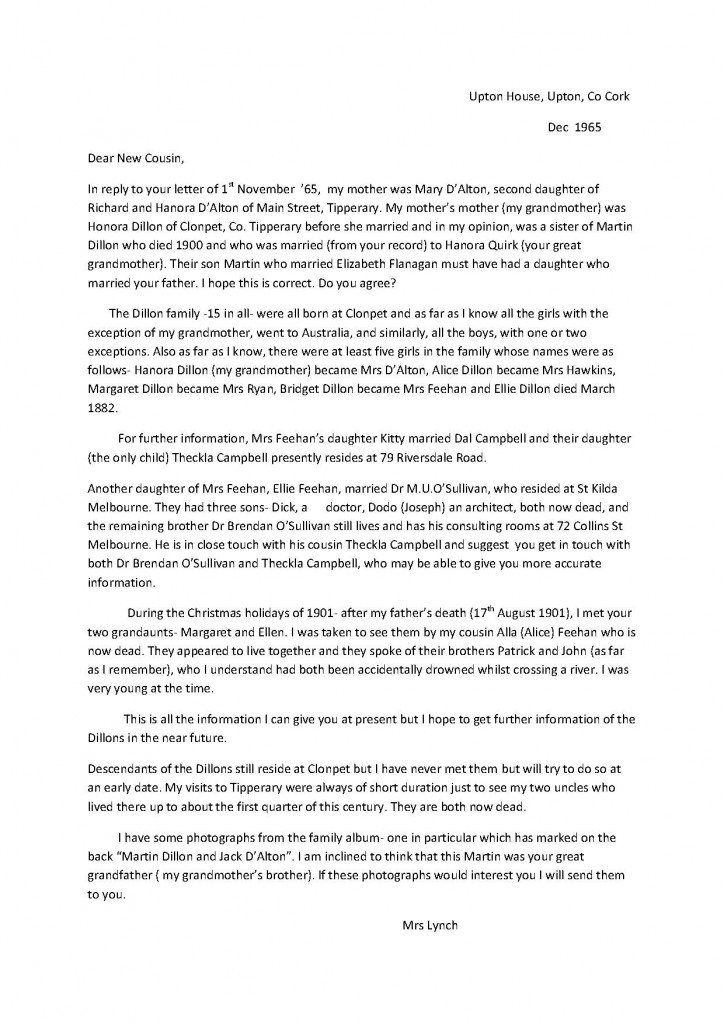 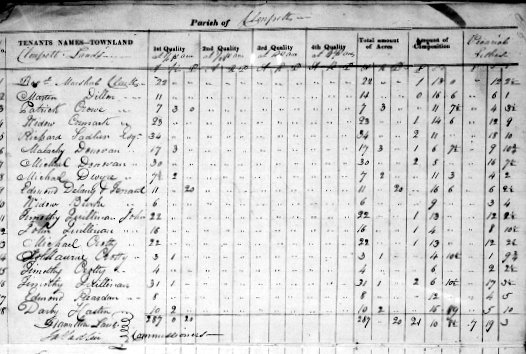 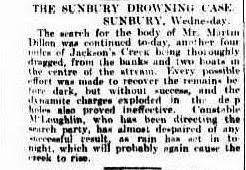 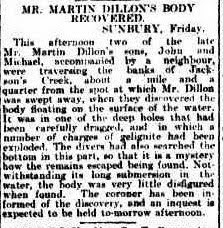 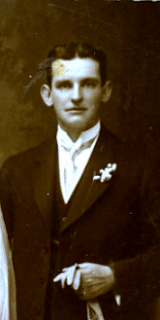 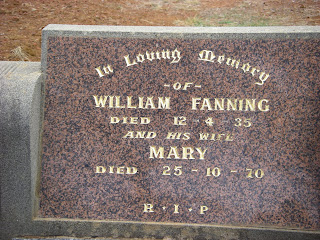 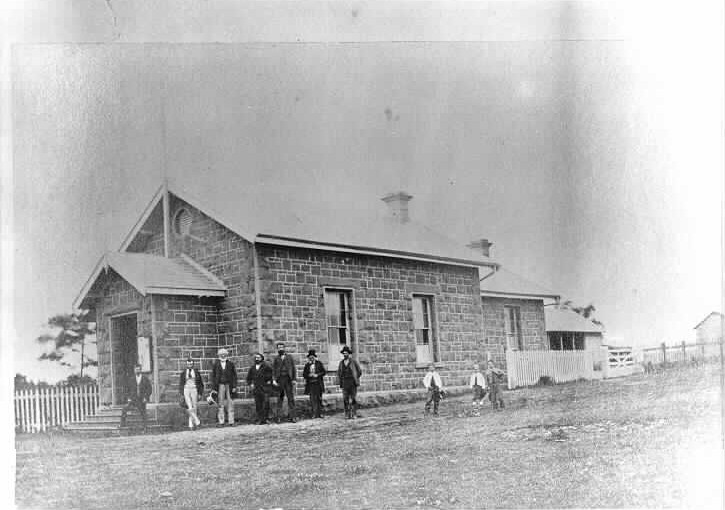