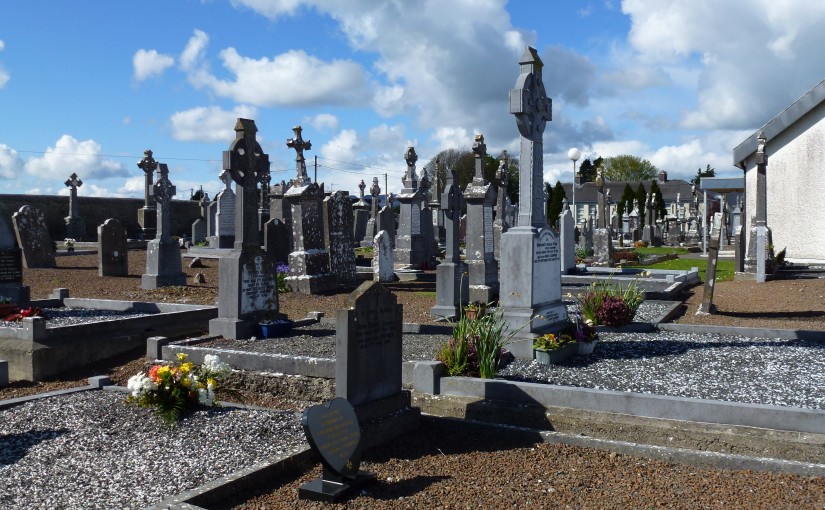 William and Catherine Fanning raised their family of fifteen children at Clondoty. There are still Fanning descendants living at Clondoty today.

These are Fogarty gravestone inscriptions from Loughmore Catholic Cemetery Co Tipperary Ireland. I am not sure how many are related and what the relationships are as yet. Many of the Fogarty and Fanning records I need are not in the North Tipperary genealogy database. As I find traces of the Fogarty family of Lisheenataggart I will add them to this post. Anyone further info on them or leads would be much appreciated : 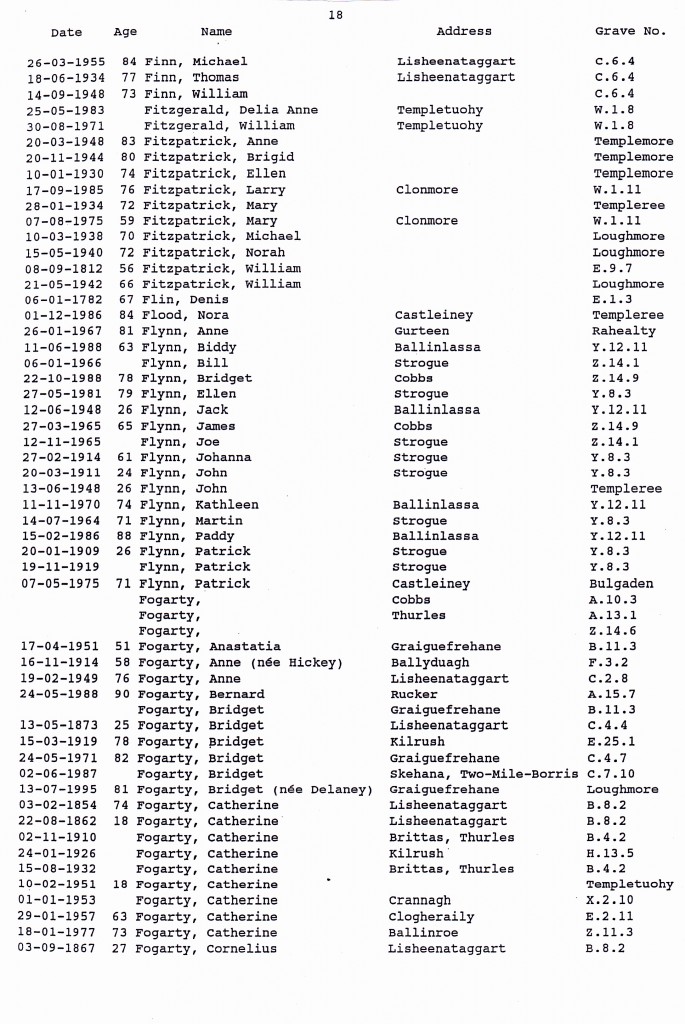 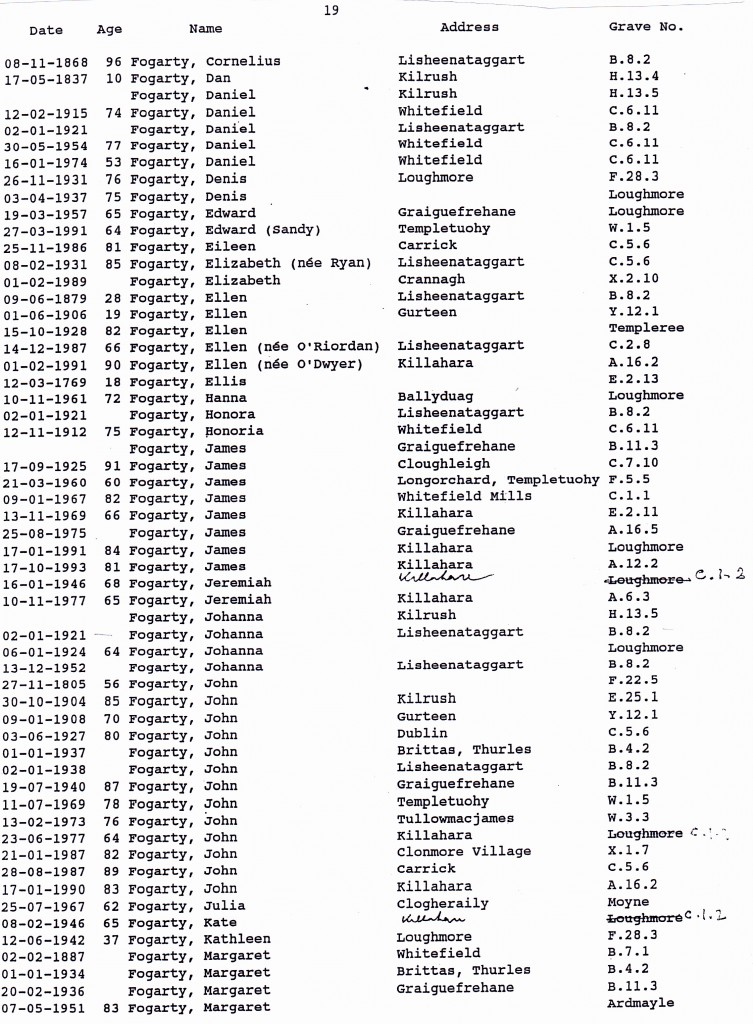 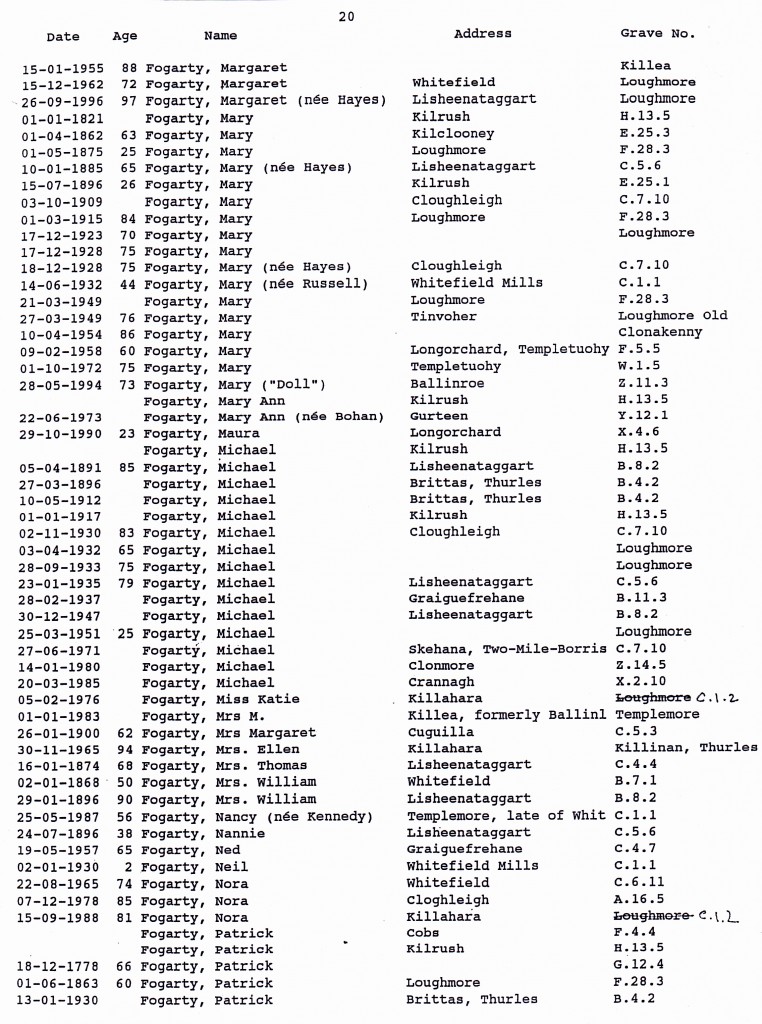 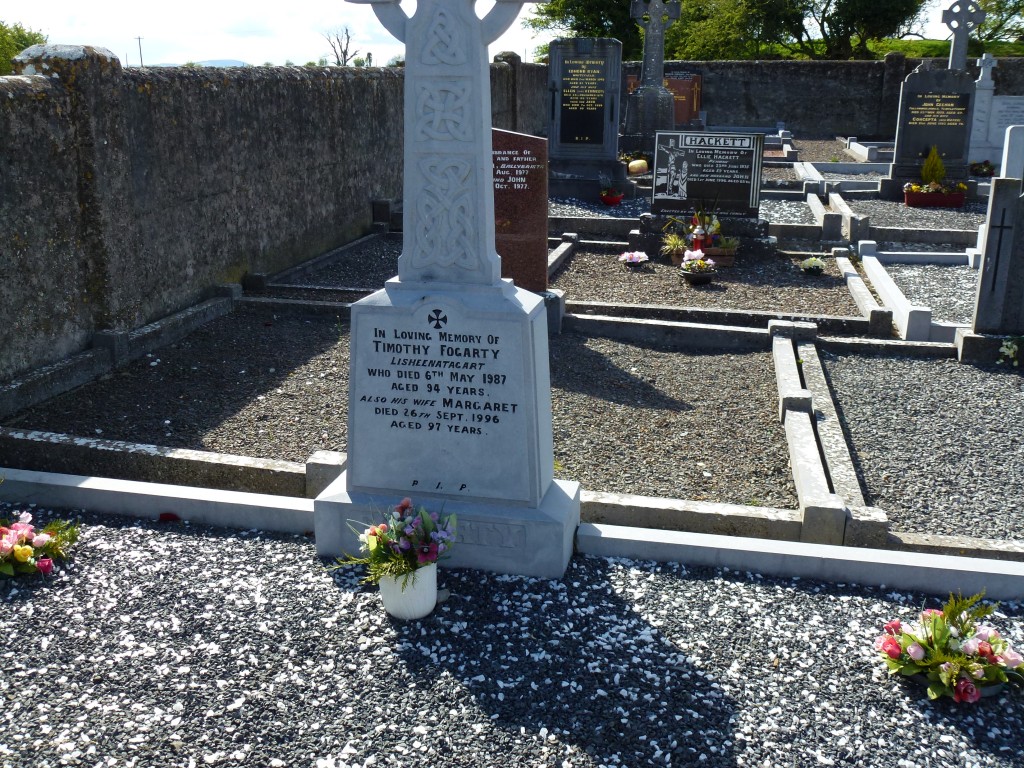 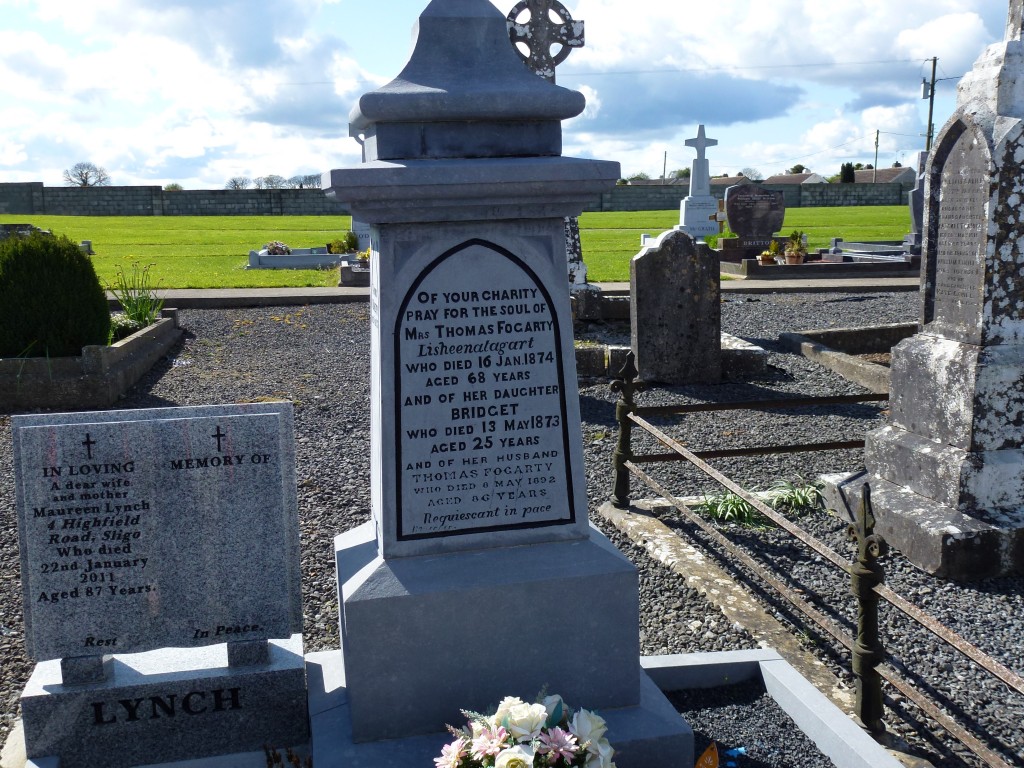 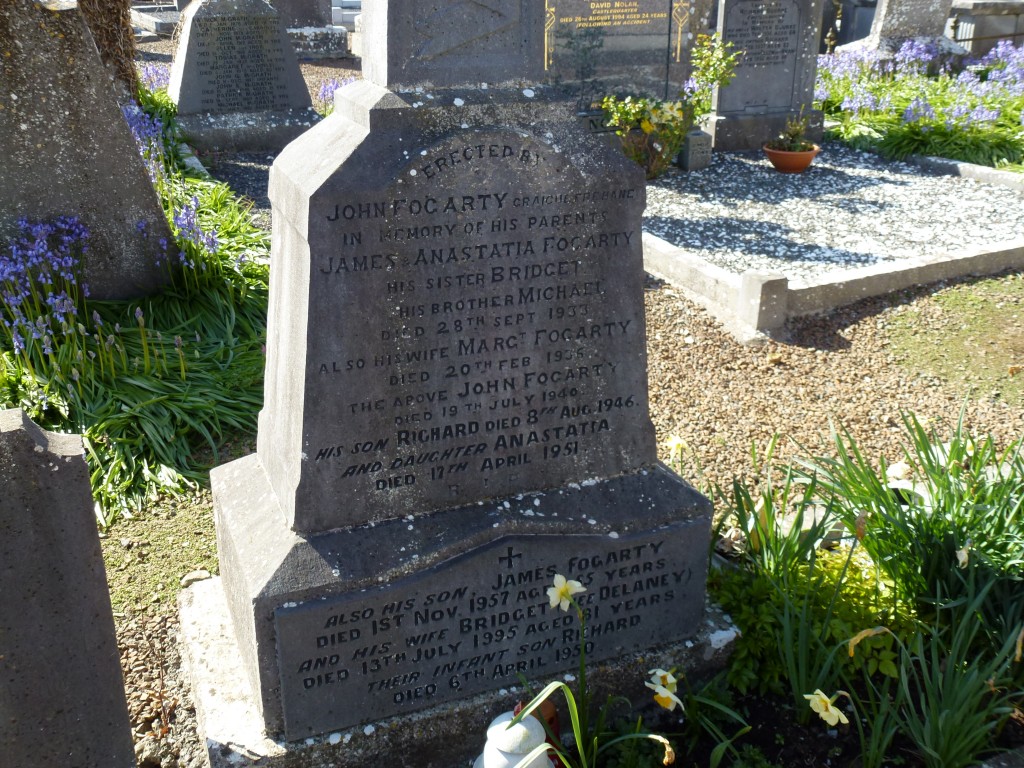 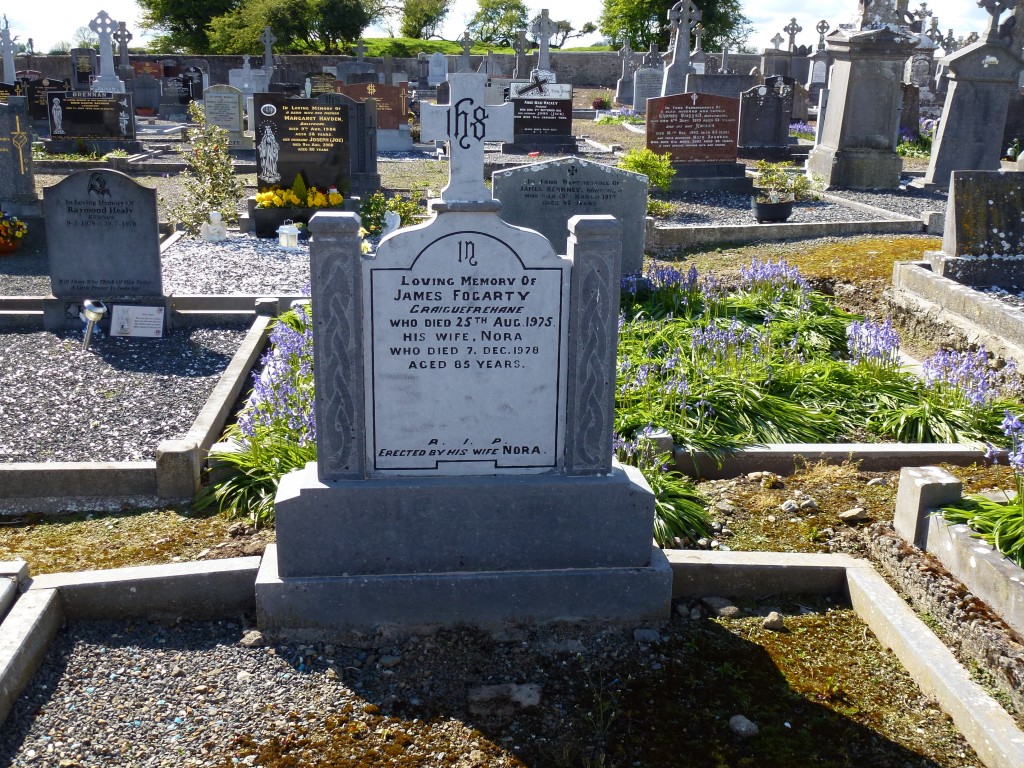