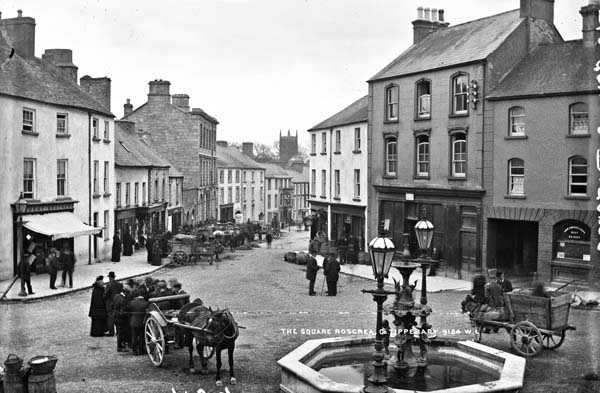 Bassett’s Directory by George Henry Bassett was a manual and directory for manufacturers, merchants, traders, professional men, land-owners, farmers, tourists, anglers and sportsmen generally. It was published in 1889.

All of Bassett’s Directory for County Tipperary is on the Rare Clonmel site.

After their occupation, the street or townland is listed, followed by the town name.