Eliza Ledwich born Queens Co Ireland c1842 emigrated to Victoria Australia in 1859. Her sisters Margaret and Mary came out in 1863. Eliza married James Knighton in1864 and they had three sons, only one of whom lived to adulthood. Eliza died a wealthy woman in 1911 and is buried in Boroondara Cemetery Kew Victoria Australia. Margaret married James Beamish and Mary married John Williams. 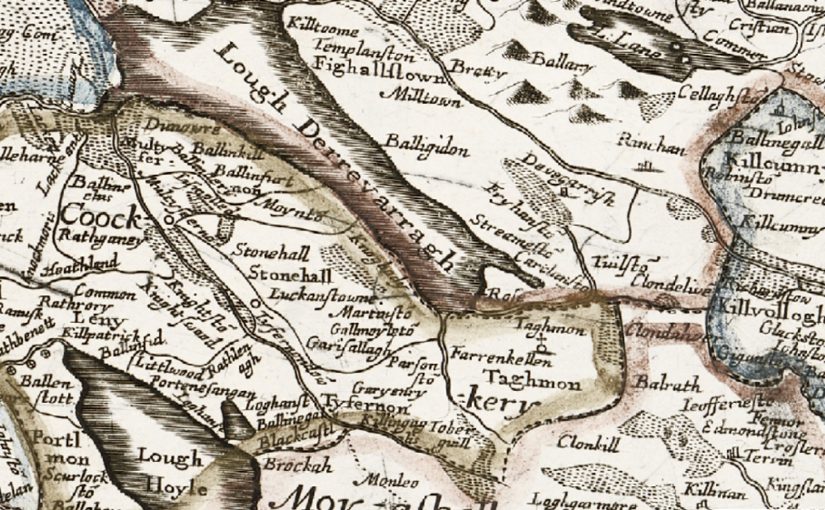 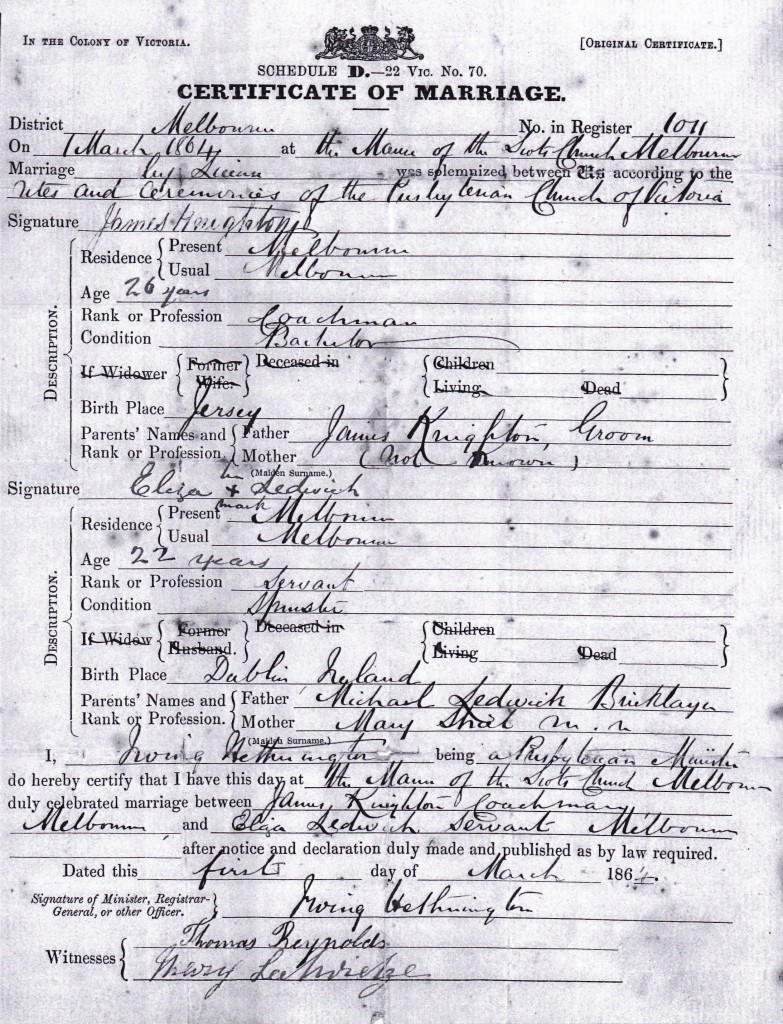