Thomas Dobbins O’Regan was born in Co Limerick Ireland c1819. He came out to Tasmania c1838 and stayed there for five years before moving to the colony of Victoria. He lived in Emerald Hill and owned The Australia Hotel in Bourke St Melbourne. He married Johannah Walsh in 1842 in Melbourne and they had nine children. He died in 1888 and is buried in the Melbourne Cemetery. He is my ggggrandfather on my mother’s side.

William O’Regan and Grace Dobbins were the parents of Thomas Dobbins O’Regan. They were married in St marys in LImerick City on 8 July 1811.

On his son Thomas Dobbins O’Regan’s death certificate his father’s occupation was given as teacher. 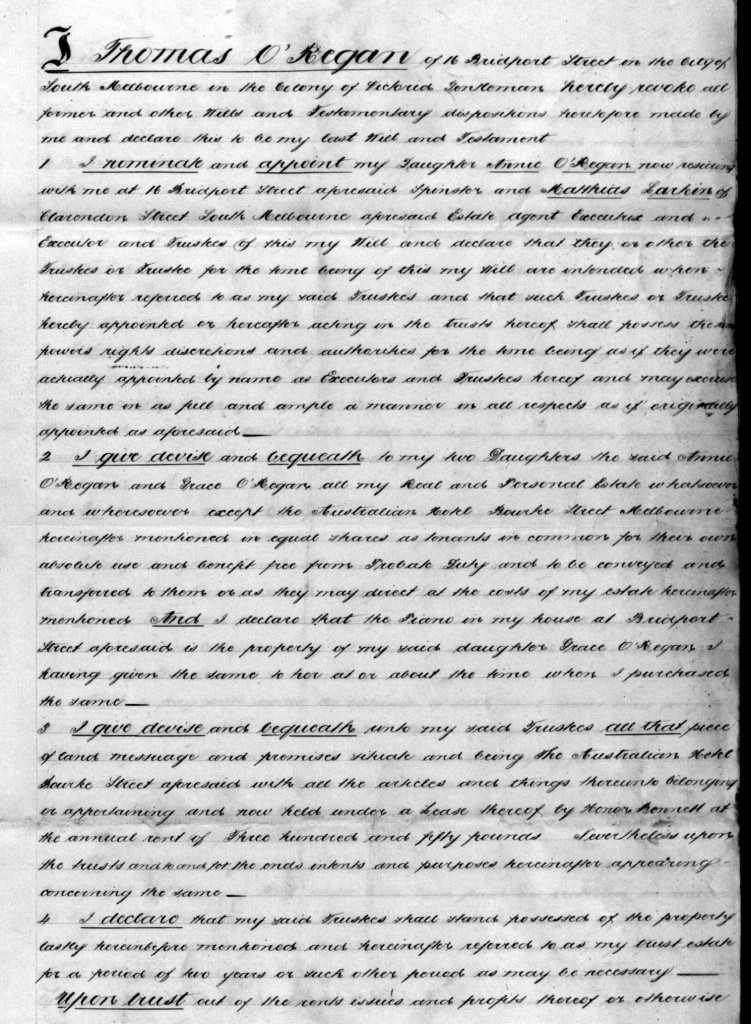 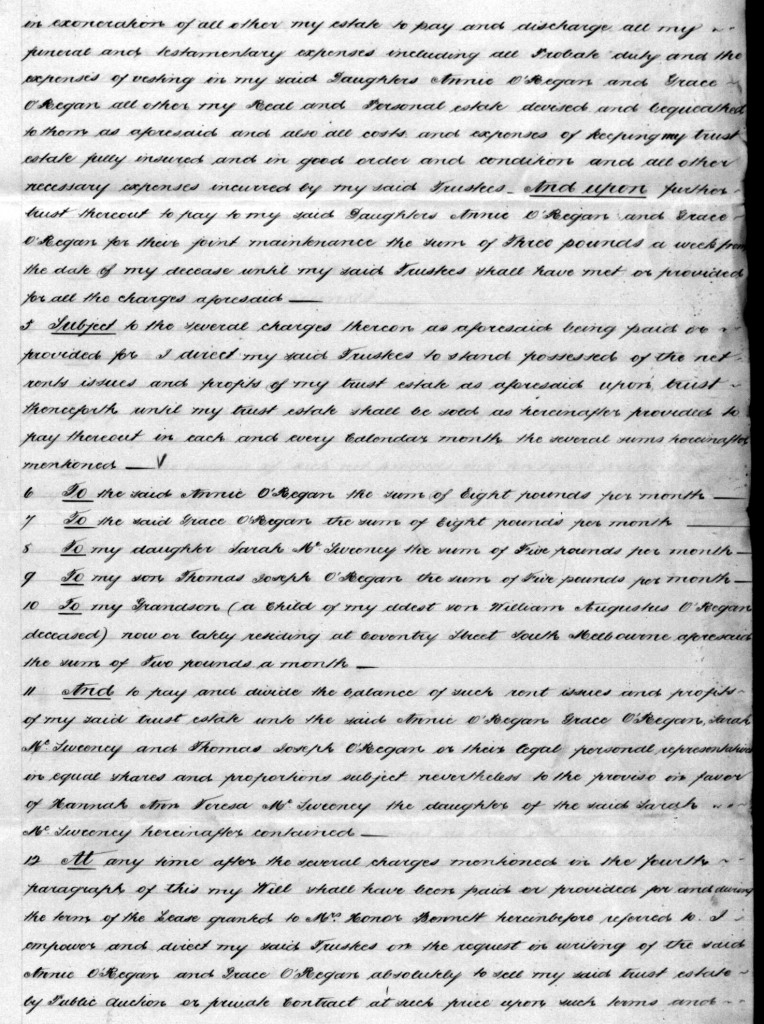 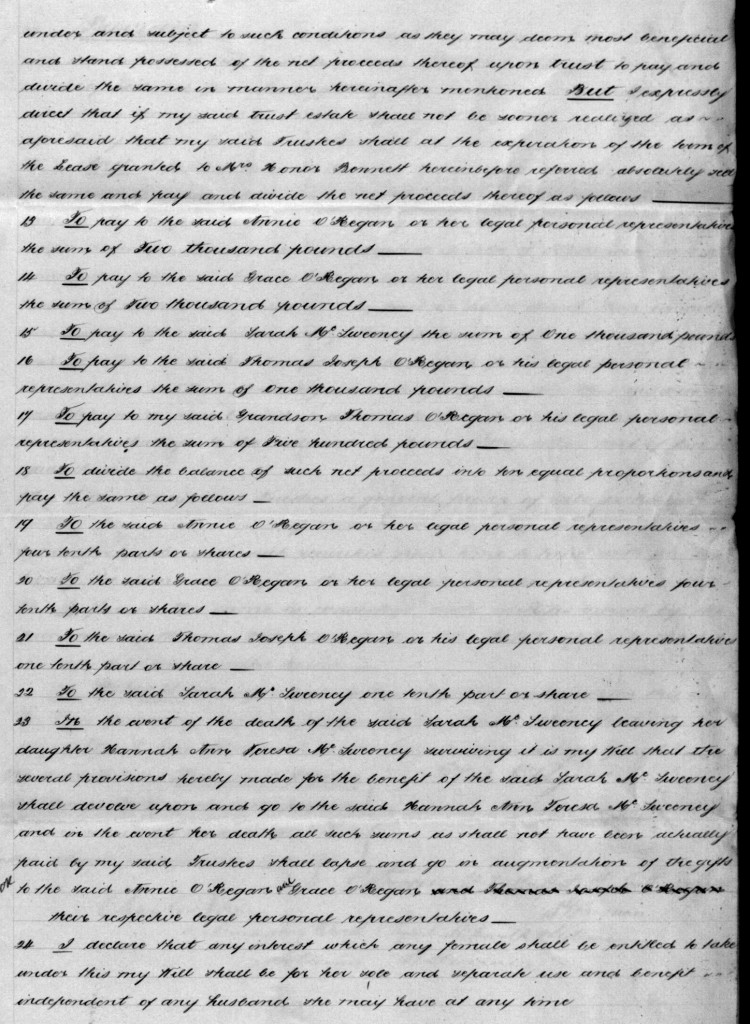 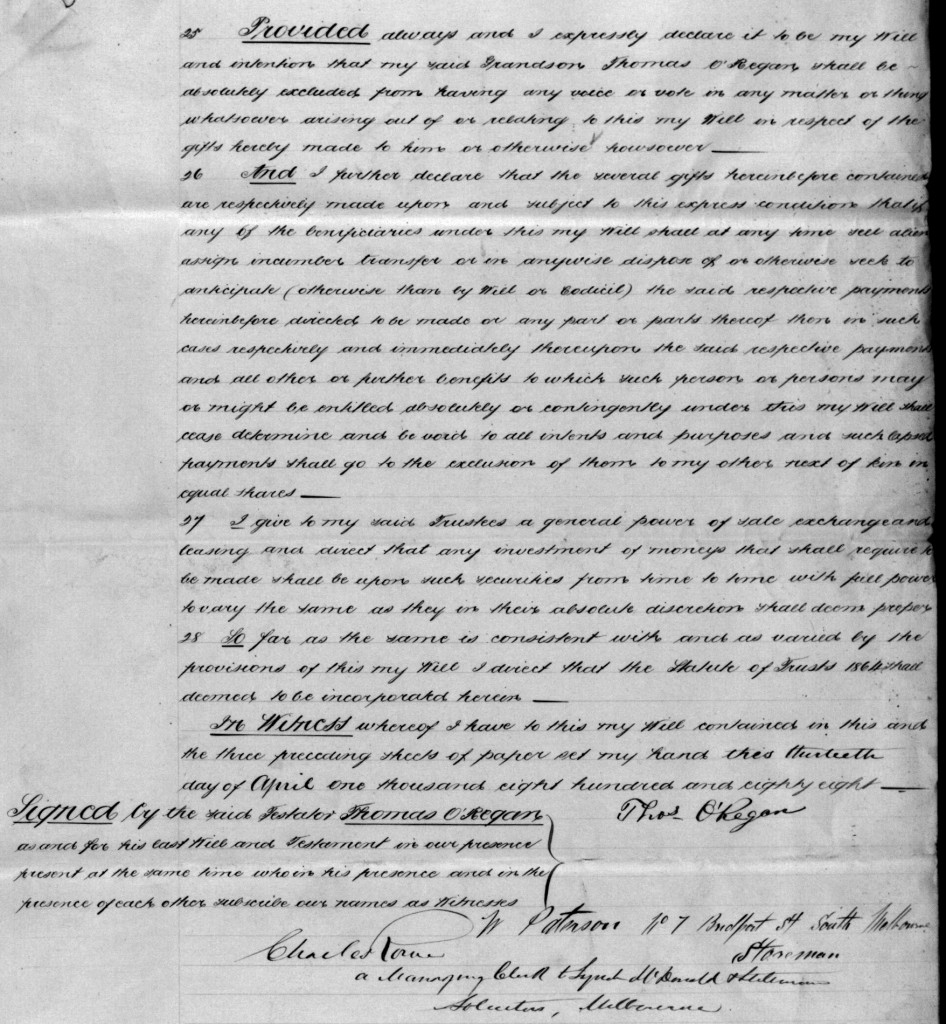