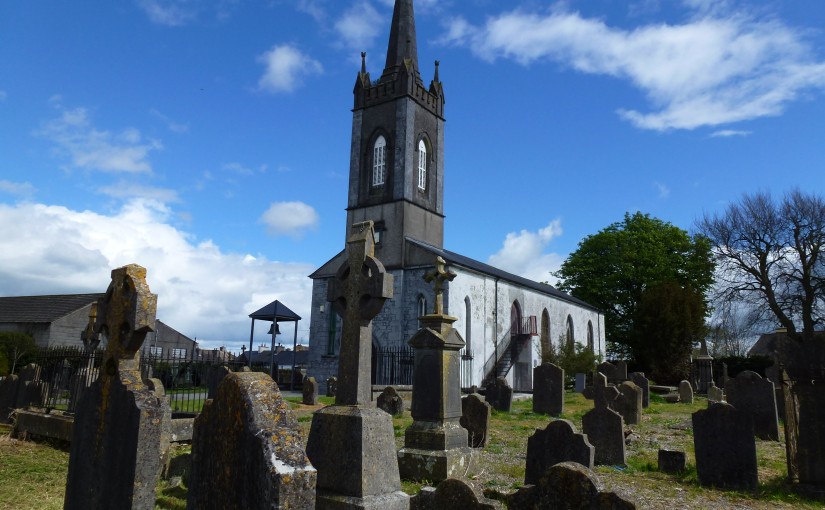 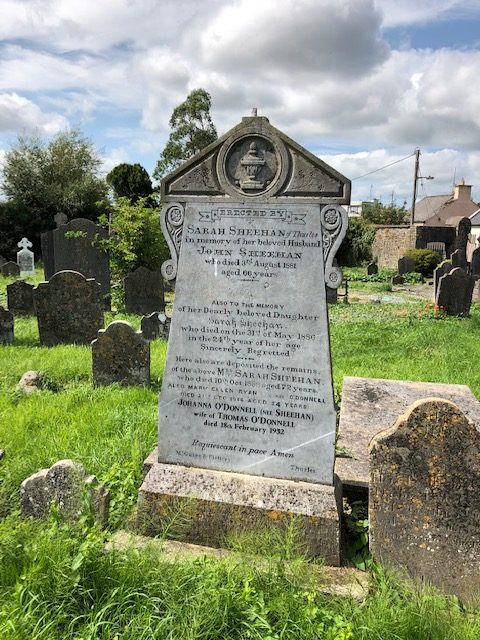 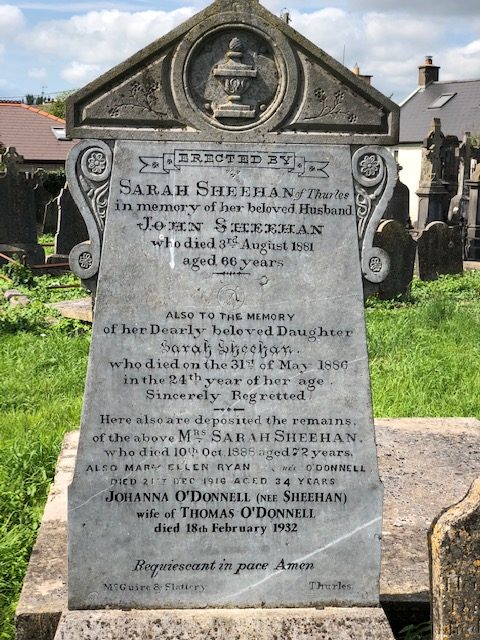 Tom Fanning died in 1897 and is buried in Loughmore Cemetery. Ellen is listed on the 1901 Census at Quarry St Thurles as a grocer. She is age 45. In the household there are her nieces Sarah Hogan age 14 and at school, Josephine Hogan age 24 and a scholar and Mary O’Donnell age 20 and also a scholar. She has a son William Fanning aged 6. On the 1911 Census she is living with a servant who is a shop assistant. Ellen is described as a widow with one living child and her marriage as lasting five years.