The Fanning family who settled around Hamilton in country Victoria originated from Borrisoleigh, Co Tipperary, Ireland. They are possibly related to the Fannings from Thurles. 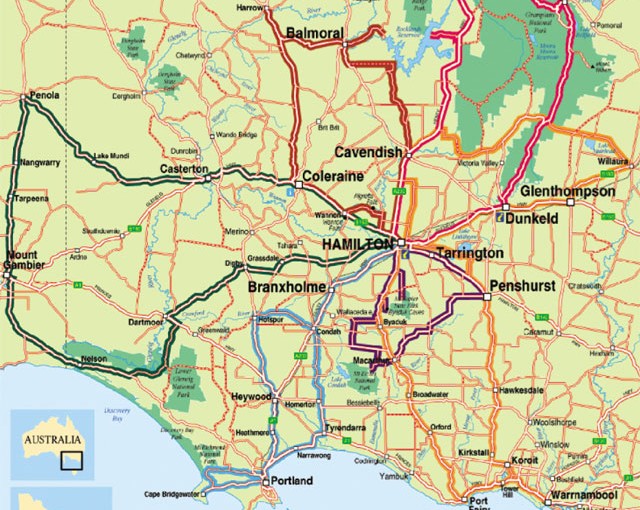 This Fanning family originated from Borrisoleigh in North Tipperary. Borrisoleigh is not far from Lissaroon and Clondoty and Bouladuff where related Fannings lived. There is a good chance that they were related, although I have not found a connection yet.

Johannah Fanning nee Bourke came out from Borrisoleigh in Co Tipperary between 1857 and 1863. Johannah was born c 1792 and died 13 June 1877 aged 85. She is buried in Boram Boram cemetery Hamilton Victoria.

She came out with her children: William, Joseph, Margaret, Johanna and Mary.

William married Johanna Meagher in 1870. She was also born in Co Tipperary and was the licensee of the Victoria Hotel, in Penshurst, which is near Hamilton. Johanna, his wife, was also a publican.They were involved with this hotel from 1891-1905.

I’d like to hear from anyone researching this Fanning family or who knows more about them back in Ireland, particularly William Fanning’s parents and siblings.

From the Borrisoleigh site: