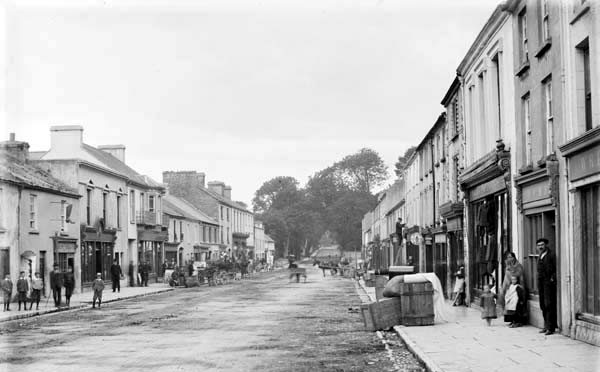 James Flannery, Cornelius Flannery, William Bonnicum, Patrick Mahon, Cornelius Mahon and Edward Lanigan charged with being idle and disorderly persons, out of their dwelling houses at an improper hour on 11th Oct.; and Edward Fannin, Joseph Triby, and D. Triby charged with a similar offence on the 8th, referred to the Quarter Session. Thurles, Oct. 16 1815.  Attributed to the Dublin Chronicle. News accounts From Co Tipperary

On Wednesday night the house of Michael Fanning, of Killough, near

Templemore, was attacked by an armed party, three of whom who broke in

through a window in the rear, where they lighted a wisp of straw. One of

brains out if he did not cover his head, while the others searched the

waistcoat, stockings, tin canister, and a bottle of spirits. Fanning, on the

party quitting, ran into town, which is three miles distance, and reported

it to Constable Foott, who lost no time in pursuit of the marauders, and

fortunately came up with three of the party, seven miles from Fanning’s

residence, on whose persons he found the waistcoat, stockings, canister, and

the bottle with some spirits in it, which have been identified by Fanning,

May 8 1902 Dublin May 7th. At Templemore, today. Before Mr. Bruen and Mr. Heard, resident magistrates, Thomas Gleeson and others were tried under the Crimes Act on charges of participation in an unlawful assembly and of intimidation of one Lawrence Long, the accupant of a farm formerly in the possession of Michael Gleeson. Evidence was given in support of the charges, which were not maintained against three of the defendants. The remaining nine were convicted on the first charge. Thomas Gleeson was convicted on both charges, and on the first charge he is to be imprisoned in Clonmel Gaol for one month with hard labour, and at the expiration of the time he must find bail in £20 and two sureties of £10 each for a year or in default remain in gaol for three additional months. On the second charge he must be imprisoned for one month with hard labour, to run concurrently with the first imprisonment. James Hennessy, Thomas Hennessy, Edward Osborne, and Michael Dywre were sentenced on the first charge to one months imprisonment in Clonmel Gaol. Thomas Burke, Timothy Geehan, and Patrick Fanning were sentenced on the same charge to three weeks imprisonment, and Cornelius Burke was sent to gaol for a fortnight. The Times