Patrick Fanning, son of Patrick Fanning and Margaret Cantwell, was born 1859 in Templtouhy, Moyne, Co Tipperary. He came out to Queensland in 1878 on the Highflyer with his brother Anthony. Anthony settled in Kempsey. Patrick died in Sydney in a railway accident in 1910. he is buried in Rookwood cemetery. 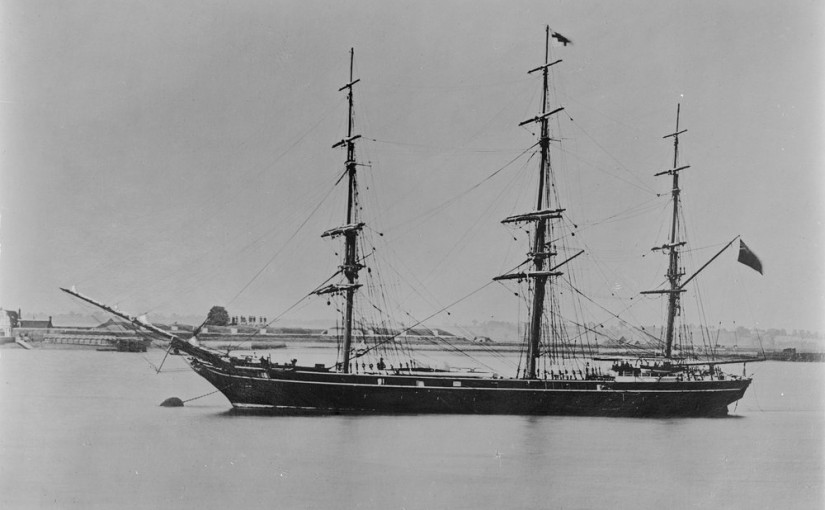 Patrick came out to Australia in 1878 on the Highflyer. He was aged 18. He came out with his older brother Anthony. They arrived at Morton Bay in Queensland on Dec 2, 1878. 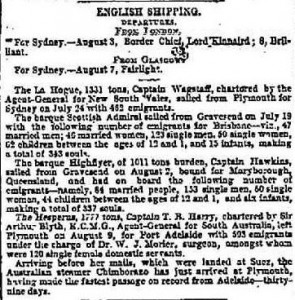 Anthony settled in Kempsey where he was a shopkeeper. He married Amelia Lovell. Both died of consumption or as we know it tuberculosis and are buried in West Kempsey cemetery. They had no children. Patrick was a bachelor when he died age 51.

I have been trying to find Patrick for a number of years. Another Fanning researcher contacted me and alerted me to a Patrick Fanning who was killed in Sydney in 1910. I wasn’t very confident that it could be him but to my delight I think it is Patrick Fanning son of Margaret Cantwell and Patrick Fanning of Lisdonowley.

I don’t have 100% proof, as his mother’s name is not listed on his death certificate but many facts do point to it being Patrick, brother of Anthony.

Below are the newspaper reports of the accidental death of a Patrick Fanning in Sydney in 1910.

In another coroner’s report on Patrick’s death “intemperance” is written in the remarks column.

What caught my eye here is that Patrick’s cousin is a James Cantwell. Patrick’s mother was Margaret Cantwell.

This James Cantwell died in 1926. His father listed as Anthony Cantwell and mother as Mary. He was a store man and lived in Macquarie Street Leichardt Sydney. I have not found out anything more on this James Cantwell and his family. But would like to know more of them if anyone has some information about this branch of the Cantwell family. 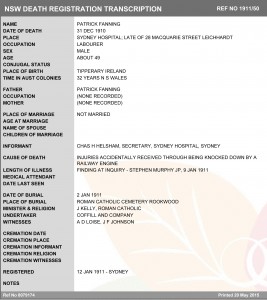 Both James Cantwell and Patrick Fanning are buried in Rookwood Catholic Cemetery. Patrick was buried there on 2 Jan 1911 and James Cantwell on 11 June 1926. James’ parents were Anthony and Mary Cantwell. Her maiden name was Stokes as listed on his marriage record.

The name Anthony occurs frequently in the Cantwell family tree but not in the Fanning ancestry. The father of James Cantwell was listed as Anthony Cantwell. So this may explain the naming of Patrick’s brother. Anthony Fanning,  may well have been named after his uncle or even his grandfather on his mother’s side.

I have researched the Cantwells of Moyne and believe that Margaret Cantwell, Patrick Fanning’s mother came from Ballyerk in Moyne and her parents were Anthony Cantwell and Bridget Carroll. This Anthony Cantwell died in 1858, age 72 and is buried in Two-Mile-Borris Old Cemetery.

Margaret Cantwell’s sister Ellen married Richard Cormack of Lissaroon and their son Anthony was listed as a cousin to the Fannings.

I also came across obituaries for Margaret Cantwell’s brother Patrick who I think came out to Melbourne Australia in 1879 on the Durham. He is listed as age 36, Irish and a labourer.

He died on Dec 19, 1908 in Sydney NSW Australia.  The index to his death record has his father listed as Anthony and mother as Bridget. He was buried in Waverley Cemetery Sydney. This Patrick Cantwell was the uncle of Anthony and Patrick Fanning of Lisdonowley.

John Eviston was the nephew of this Patrick Cantwell.

As there are two nieces who are nuns mentioned there were most likely more Cantwells who emigrated to Australia. 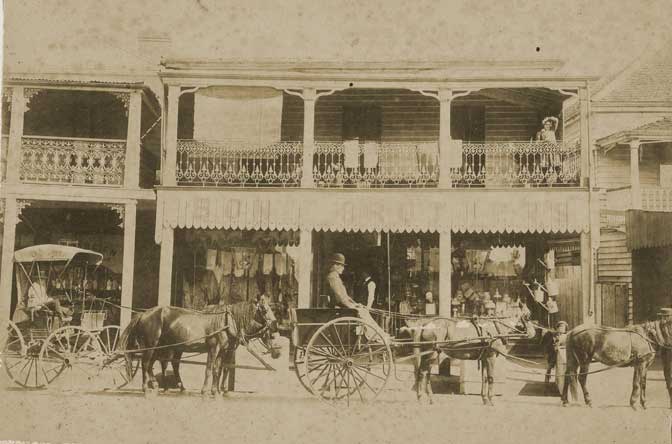 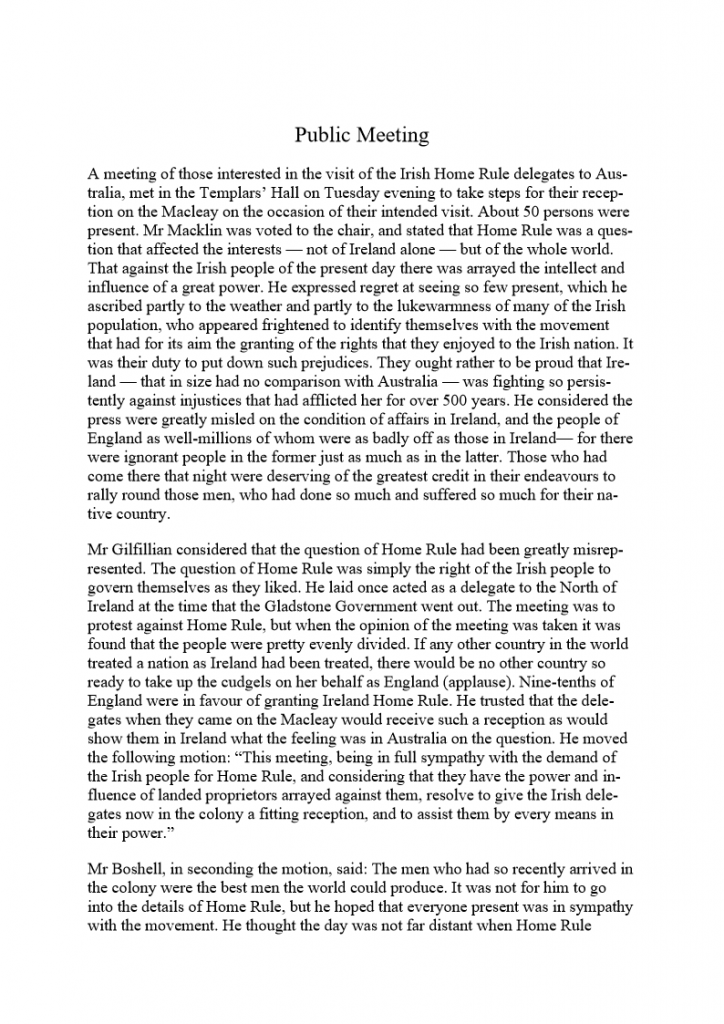 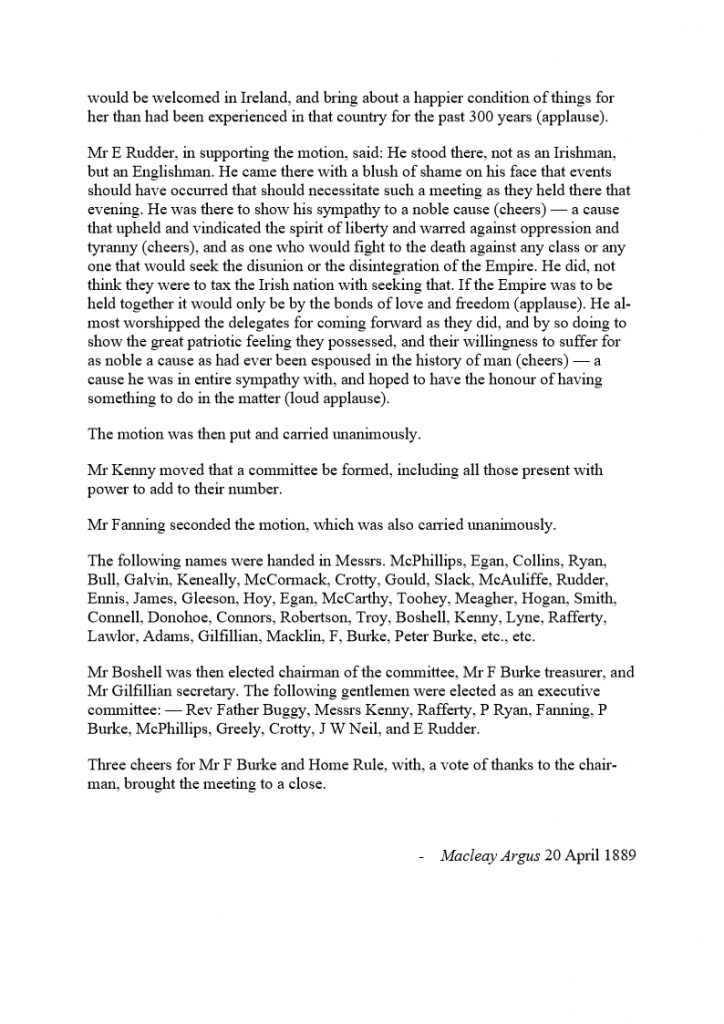 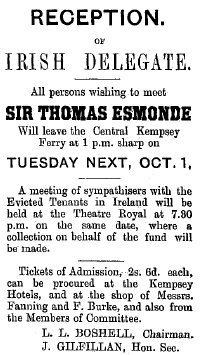 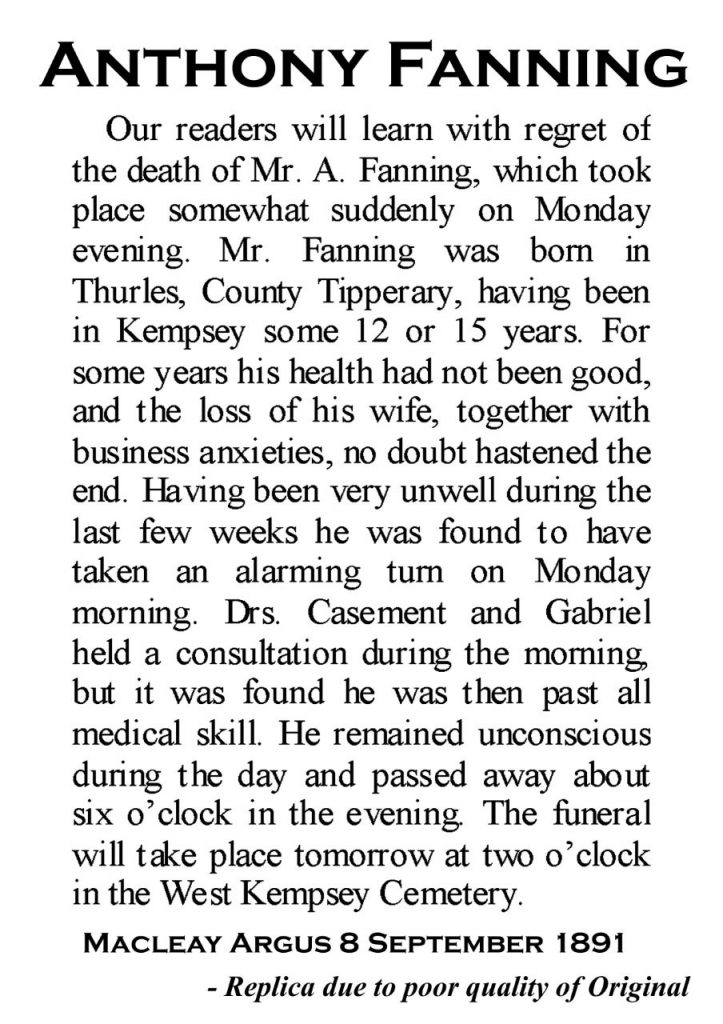