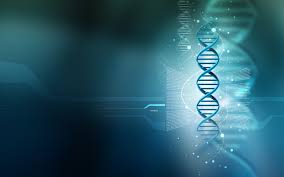 How far back can you determine a genetic link?

All genetic tests from Family Tree DNA will provide you a probability that you and another person, who have an exact match, will have your Most Recent Common Ancestor (MRCA) within a range of time backwards.

Using the 25 marker test the 50% likelihood drops to 3 generations and the 95% to 13 generations.

John Fanning (Australian), a direct descendant of William Patrick Fanning born 1812 in Thurles, came up as a perfect DNA match with Edmund Fanning who emigrated to America in c1641 and lived and died in Stonington Conneticut.

As my ancestor William Patrick Fanning “Big Bill” emigrated from Thurles Co Tipperary to Victoria Australia in 1841 we are descended not from this Edmund Fanning but his family ( brothers or uncles etc) who stayed in Ireland.

On Family Tree DNA our Y-DNA haplogroup is I-M252. The lineage of this haplogroup has its roots in northern France, according to FTDNA. Today it is found most frequently within Viking/Scandinavian populations in north west Europe. This fits in with Fannings having been Normans from Normandy in Northern France who were before that Vikings.

There is a Fanning DNA Project that is ongoing. It is open to any male with the surname of Fanning/Fannin/Fannon, etc. Go to: www.wfnforum.net/surnames/f/fanning www.familytreedna.com or contact the Fanning Project administrator: Cathy Stoppel at pstoppel@wvi.com.”

Here is a post from another section of this blog that relates to DNA testing: Recent DNA testing of an Australian direct descendant of William Patrick Fanning (born Thurles 1812 died Bulla Victoria 1876) is an exact match with descendants of this Edmund Fanning so most likely William Patrick Fanning “Big Bill” was related to many of the Fannings from Kilkenny, Tipperary and Limerick mentioned in Brooks account and also to Fannings in Fenagh, Leitrim descended from Fannings transplanted there and also to Fannings transplanted to other counties after 1652. He is F-23 on the Fanning Family DNA Project at http://www.worldfamilies.net/surnames/f/fanning/

I have just received an email from Pat Fannin which corrects and adds to what I have written above: “Looking at the y-DNA results, I understand your conclusions on the connection of the Australian descendant of William Patrick Fanning to Edmund Fanning, immigrant to Stonington, Conn. in 1653. However, as I understand the test results from several Fanning lines that descend fro Co. Leitrim, I can find no way to connect “Big Bill” or Edmund of Conn. to the Co. Leitrim Fannings. These appear to be two entirely separate lines of Fannings. The tests that I am referring to are: F-12, F-39 & F-42 for Co. Leitrim Fannings. Your line is F-23 and F-14, F-20 are descendants of Edmund Fanning of Conn. The Co. Leitrim descendants are of another Haplogroup from the descendants of “Big Bill” & Edmund of Conn. and could therefore not be related. The markers on these two groups also do not match. Most likely some of the Fannings transplanted to the Connaught were related to Edmund & “Big Bill”, but it wasn’t the families that have tested from Co. Leitrim, thus far. In fact, F-17 Martin Fanning, is a closer match to your “Big Bill” than are the two Edmund Fanning tests (F-14 & F-20) — see marker 27 GATAH4, which is shared by tests F-17 & F-23 and not by the Edmund Fanning results of tests F-14 & F-20.”