Ballycahill Cemetery in Co Tipperary Ireland is where my earliest Fanning/Fannin ancestors are buried. These photos were taken in 2011. The cemetery is close to Thurles to the north. 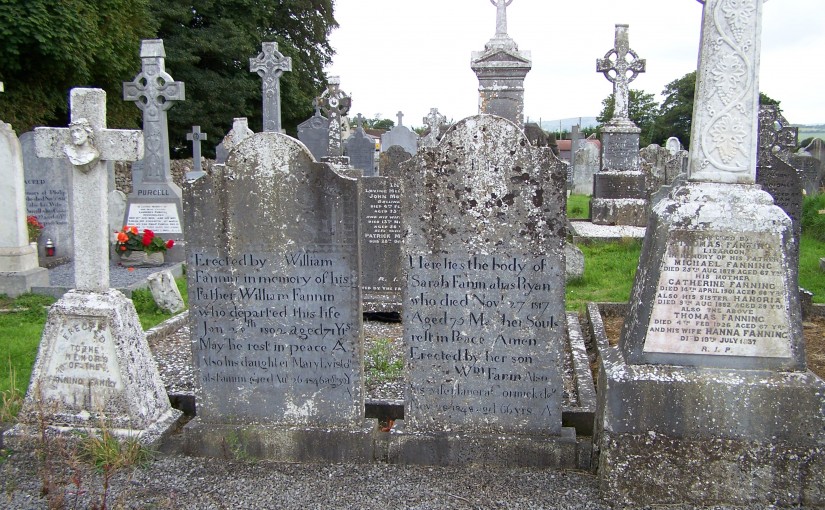