The grave I was looking for is listed by Jim Ryan as “Erected by John Fanning of Thurles in memory of his wife Margaret Fanning alias Fitzpatrick who died September 25, 1864, aged 52 years”. If anyone finds this one in Killinan I’d like a photo.

Below are photos of Callinan graves in Killinan Cemetery near Thurles Co Tipperary Ireland. 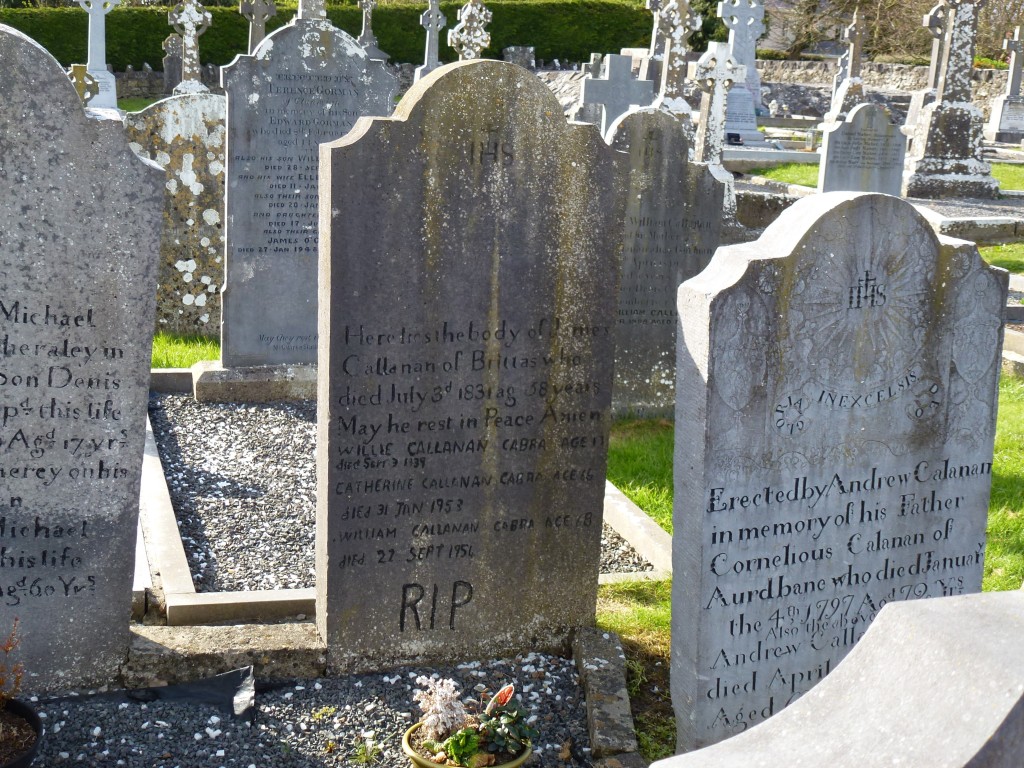 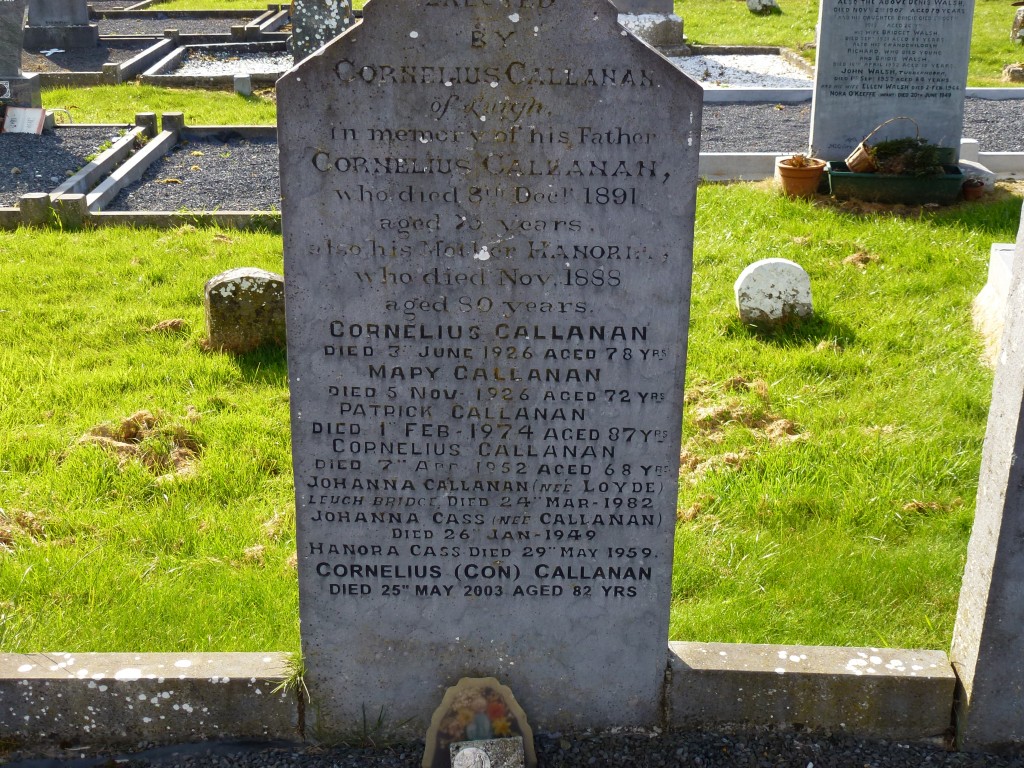 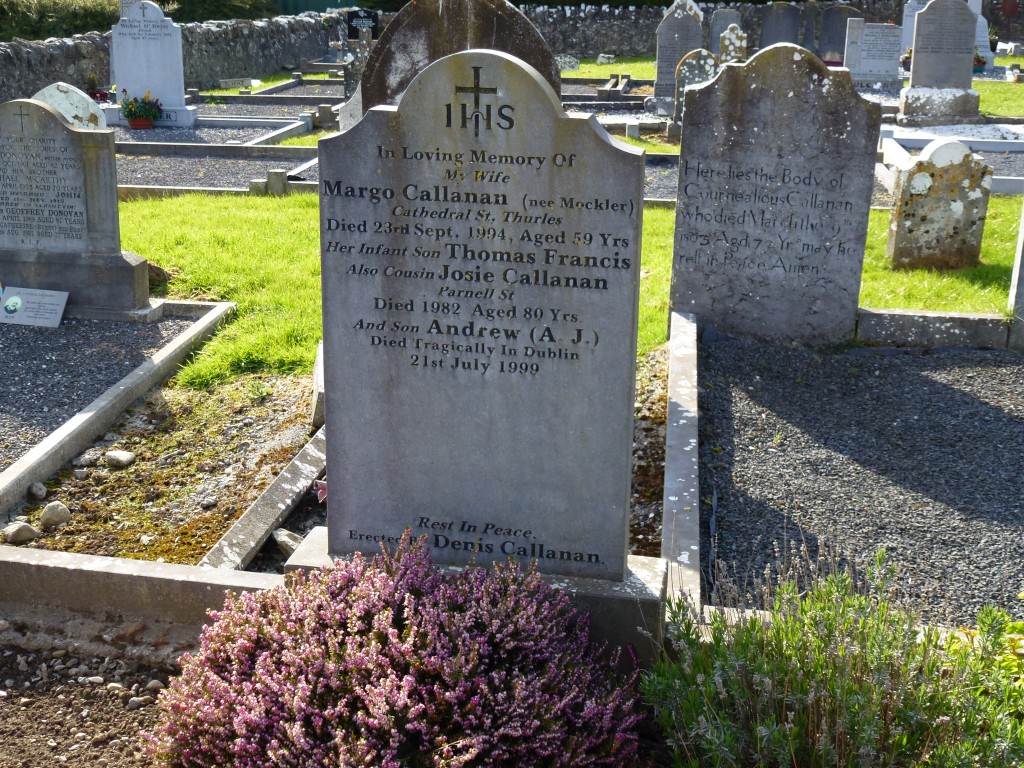 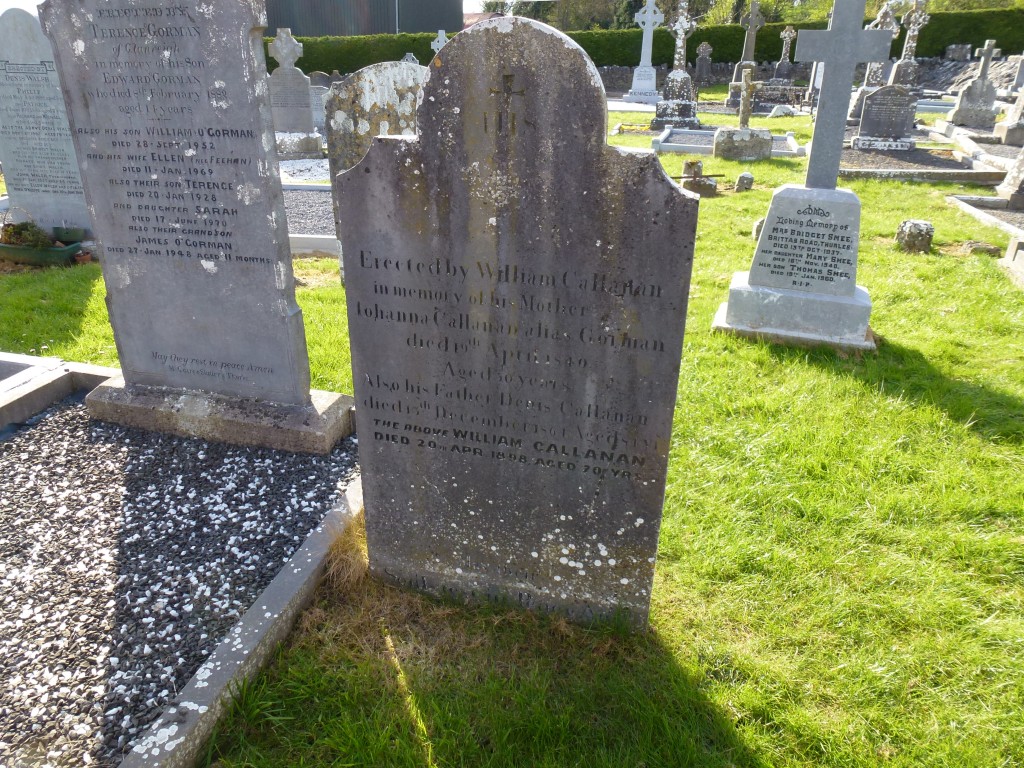 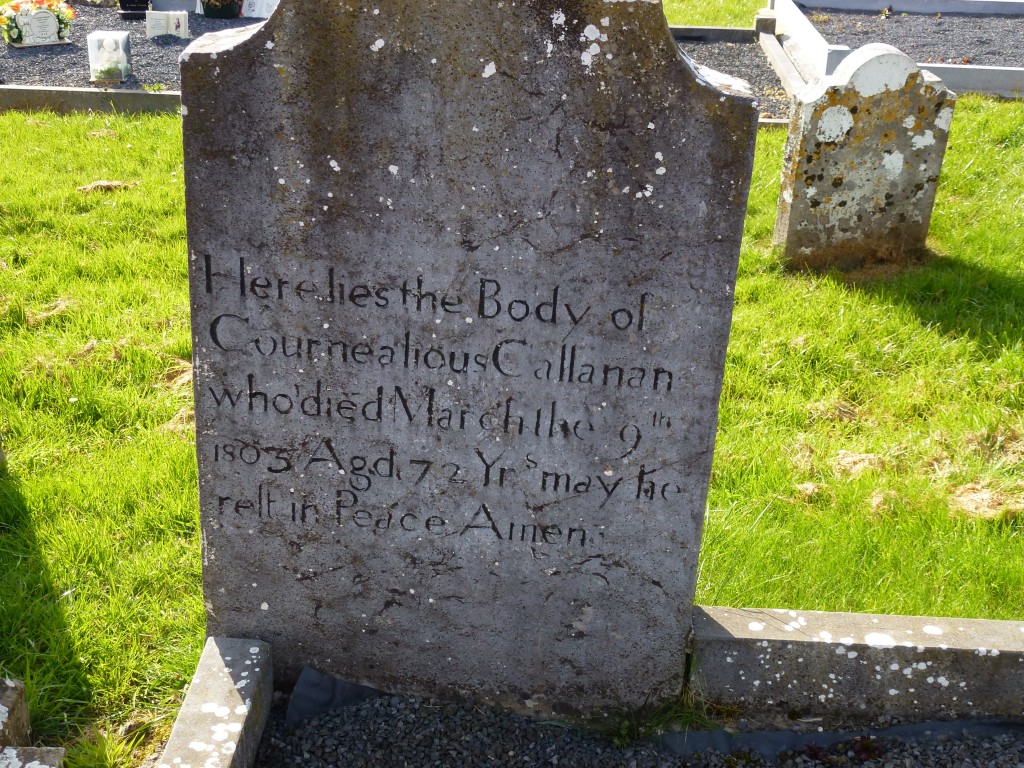 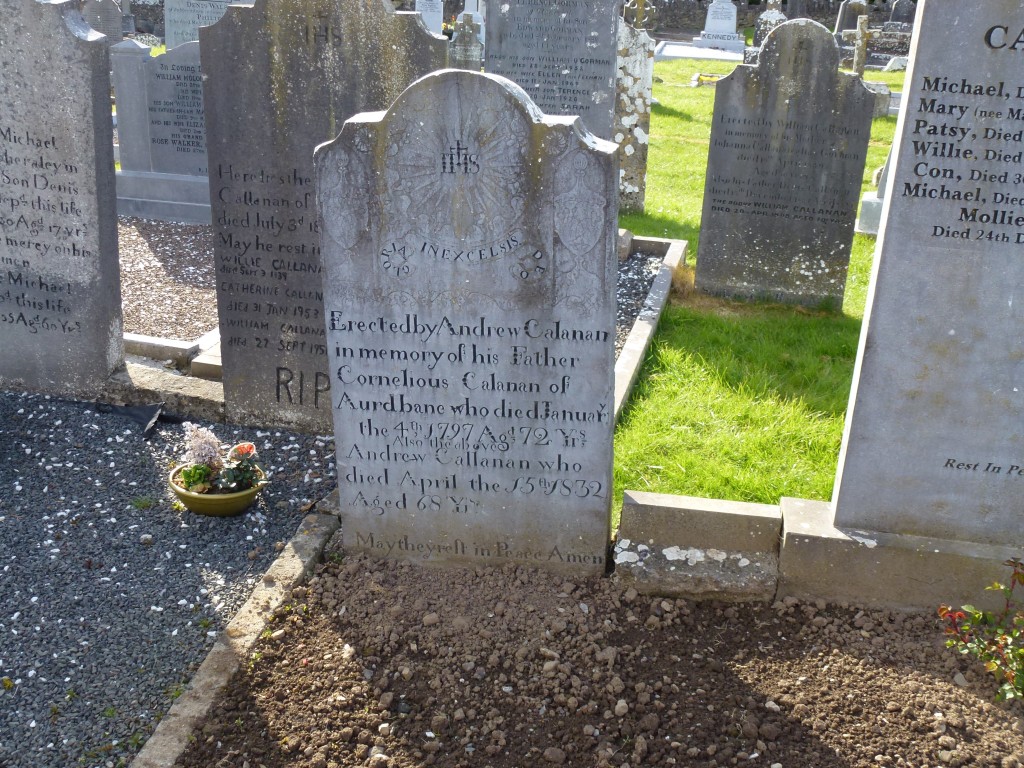 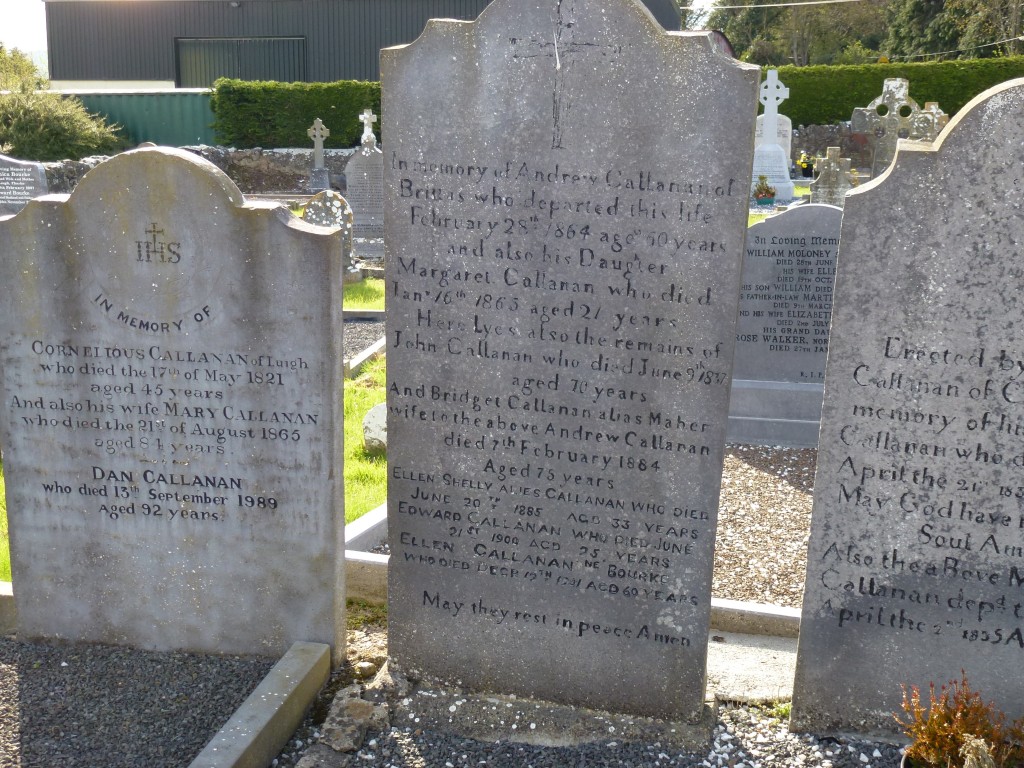 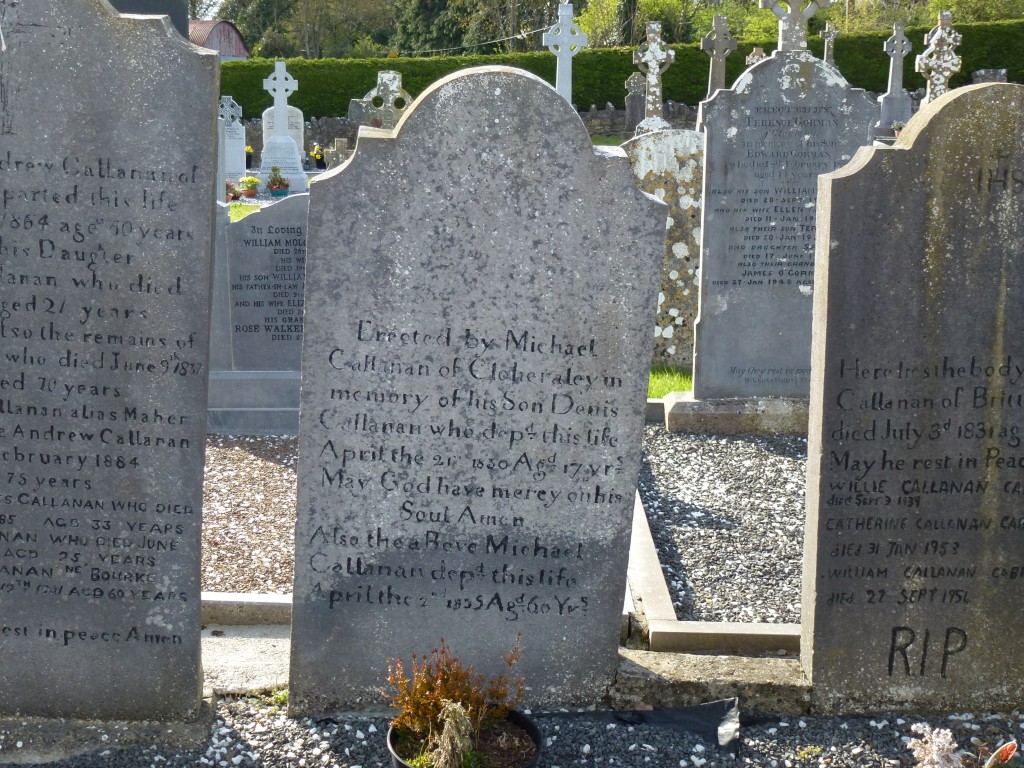