Johannah Fanning wife of John Fanning a merchant from Thurles Co Tipperary emigrated to Victoria Australia c1853 with her children. She may well be related. 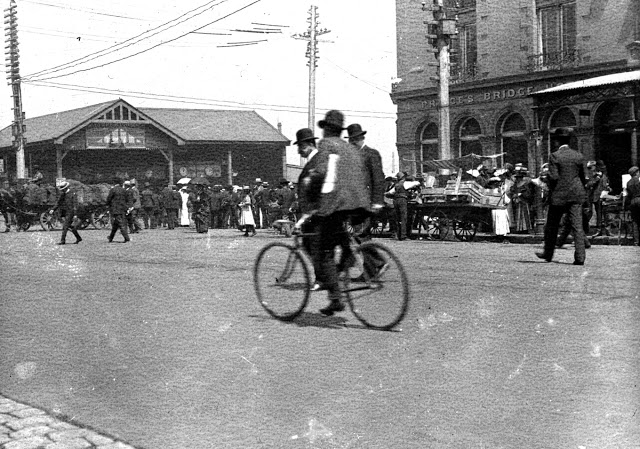 These Fannings came from Thurles and could well be related. As yet I haven’t been able to link them with my family.

Johanna Fanning, the wife of the late John Fanning, merchant of Thurles, came out to Australia c1853.

Johanna’s father was Jeremiah Carroll and her mother Mary O’Mara. She was born c1814 in Thurles Co Tipperary. She married John Fanning of Thurles in Drom Parish on Sept 25, 1830. Witnesses were Pat Fanning and Johanna Mara.

Her children were Mary, Patrick, Margaret, Jeremiah, Kate, John and Joseph. Johanna is buried in the Melbourne Cemetery with her sons John and Joseph, and her daughter, Mary Boland. John died in 1877 aged 33. He was a compositor and single. He resided at Flinders Lane Melbourne. He died of consumption. Joseph was also unmarried and died in May 1894 aged 48. He was a printer and lived in Darlington Parade Richmond.

Looking through the National Library of Ireland’s online parish registers for Thurles Parish I came across these baptism records for five of the children of Johanna and John Fanning:

There is a John Fanning a Thurles merchant buried in St Marys Church of Ireland Cemetery in Thurles who may well be the husband of Johanna, He died in 2 Dec 1844 aged 42. His brother is a Patrick Fanning, who is also buried there.