Thomas Fanning, a religious man who made a pilgrimage to Rome, was the last Fanning to live at Lissaroon in Co Tipperary. He was involved in a dispute with his Dwyer nieces from The Ragg. 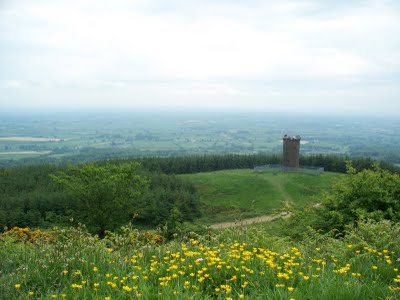 I came across this interesting article from the Nenagh Guardian 24 Jan 1914: 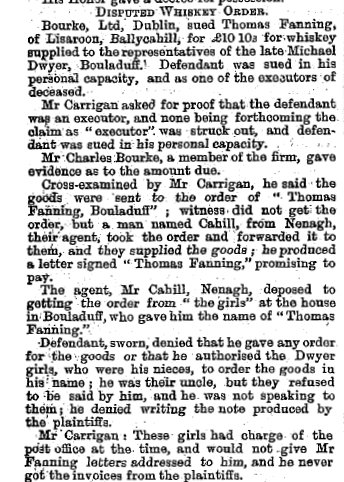 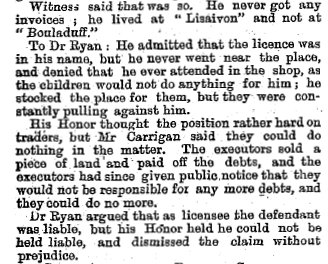 One of the Dwyer sisters Kathleen went on to marry Denis Bannon. The eldest Josie (Johanna Mary Josephine) became a nun, Sister Mary Cyril. One of their brothers was Thomas Dwyer who was murdered in 1920 by members of the RIC. The other brother, Eamon, worked for newspapers.

The disputes within the family continued.

Thomas Fanning was the last person to live at the Lissaroon property. I was told he was very religious and made a trip to Rome. He and his wife did not have any children. The Dwyers were the children of his sister Catherine. In 1920 their brother Thomas was murdered in Bouladuff by members of the RIC.

Kathleen’s second husband was Denis Bannon. She was also a publican and also ended up in Thurles courts over breaking of the licensing Act. Below is a transcript of one such occasion

Below is a detailed and delightful description of the two weeks in Italy. The group left Dublin on the 16th of Oct and returned on 3 Nov 1908: 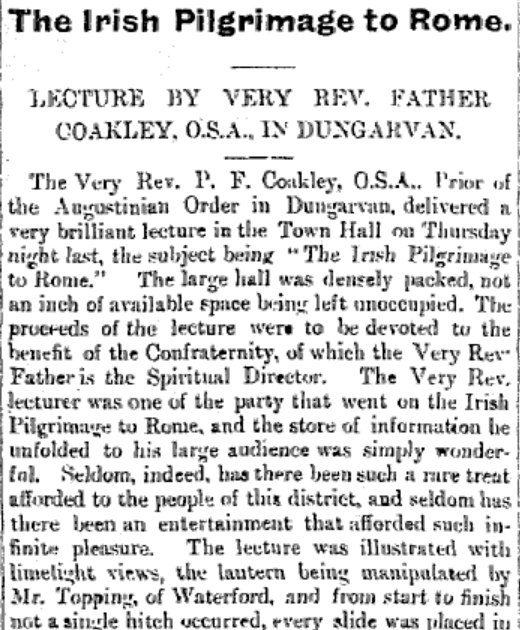 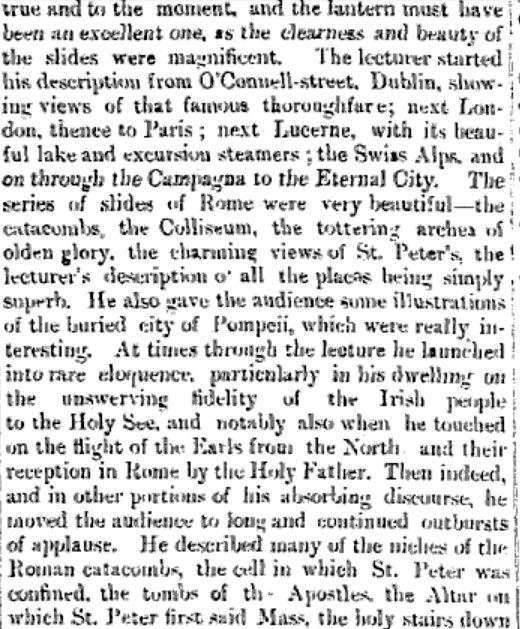 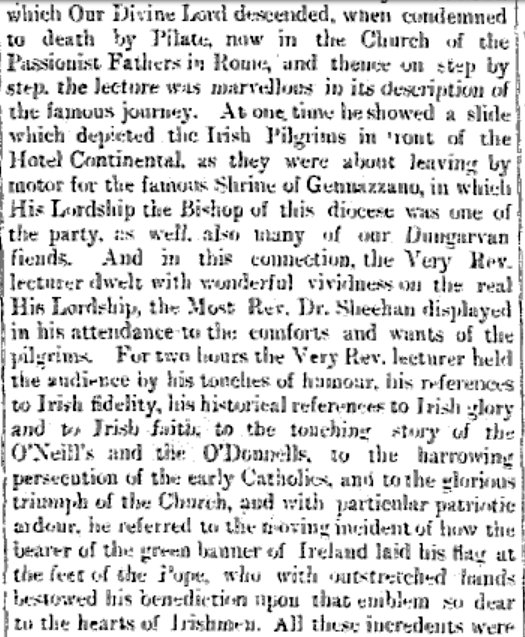