As I trawled through many baptism and marriage records my interest was taken by anything out of the ordinary.

This storm  on 15 Feb 1838 was so great the Borrisokane priest noted the occurrence in the marriage register:

Here the priest at Borrisokane Parish describes a terrible hurricane which hit Ireland in Jan 1839: 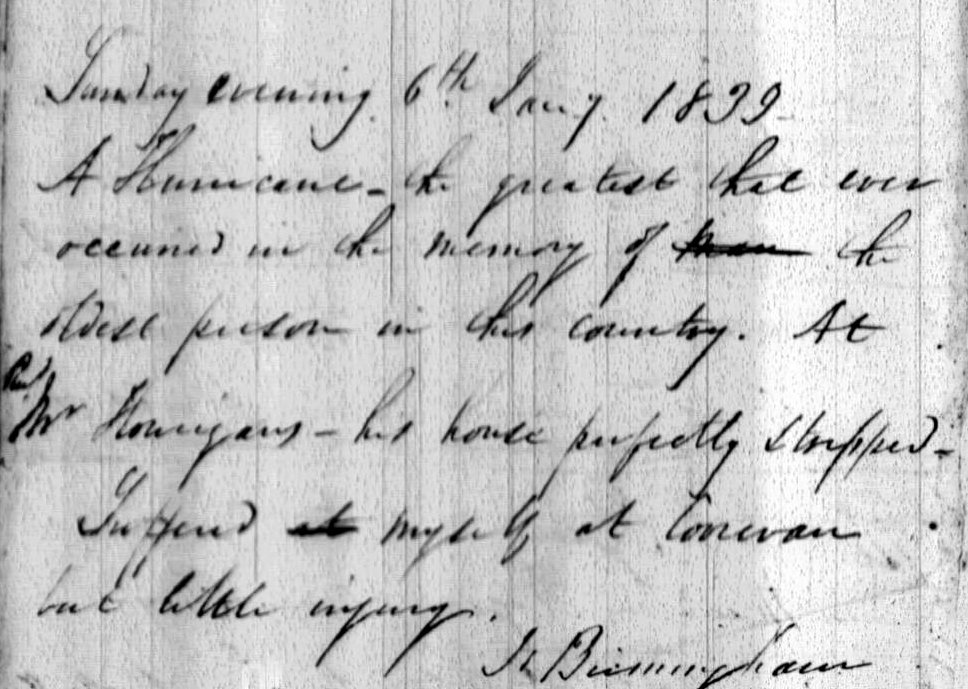 However, nearly all of the priests’ notations concerned the morals of his parishioners rather than the weather!

Calling children born out of wedlock bastards was common.

In Moykarky Parish around 1850, one of the priests conducting the baptism called illegitimate girls Hedwig (in latin Hedwigis) Was this so everyone would know they were illegitimate? No other children were called this. An example is below:

The baptism records have illeg (illegitimate) clearly marked and often the father’s address and occupation. One priest, no doubt gleefully, pointed out the father was the son of the Protestant pastor!

Some of the priests marked the record with the word bastard in large letters!  Most of the records for illegitimate children have a large cross next to them.

If both parents are listed on the Baptism record and there is a cross next to the record I think this indicated the priest suspected infidelity on the mother’s part.

One kinder priest has entered such a birth as a “natural birth” but this compassion is very rare.

A couple of baptism records have the word “dub” which puzzled me, until I came across the full word “dubious”. The priest believes the father on the certificate is not the actual father.

At the beginning of the baptism records for Loughmore Parish on the side of the first page is written the codes used to designate births out of wedlock etc. While shocking it is less so than the words”bastard” on many other records. But it shows the extent to which the priests monitored the lives and morals of their parishioners.

Not all parish records have crosses and comments it seems to have been very much up to the priest. Drom & Inch Parish stands out for the numerous condemnatory crosses and comments whereas in Borrisoleigh occasionally records are marked with a cross or designated “illegitimate” but the whole tone is a lot friendlier.

Not sure what the scandal being avoided was in this case? was it a pregnancy or because of who she was marrying?

It seems that foundlings were sometimes given surnames related to where they were found, for example, John Ditch or Margaret Field. Below is an example

Conditional baptism of a foundling 1856 Drom & Inch parishTravellers are mentioned. I think this refers to Gypsies.

“Viatoros” written on the Thurles Baptism record meaning pilgrim or wanderer or other name for traveler or vagrant?

“vagrants of uncertain residence” Moyne Parish 18 June 1822The address of the father of an illegitimate child was often included or their occupation.

A Protestant policeman in Borrisoleigh has twins out of wedlock, 22 May 1873

An illegitimate birth as a result of a rape in Plymouth England Moycarky Parish 1852A priest comments on another priest in Bourney & Corbally Parish: 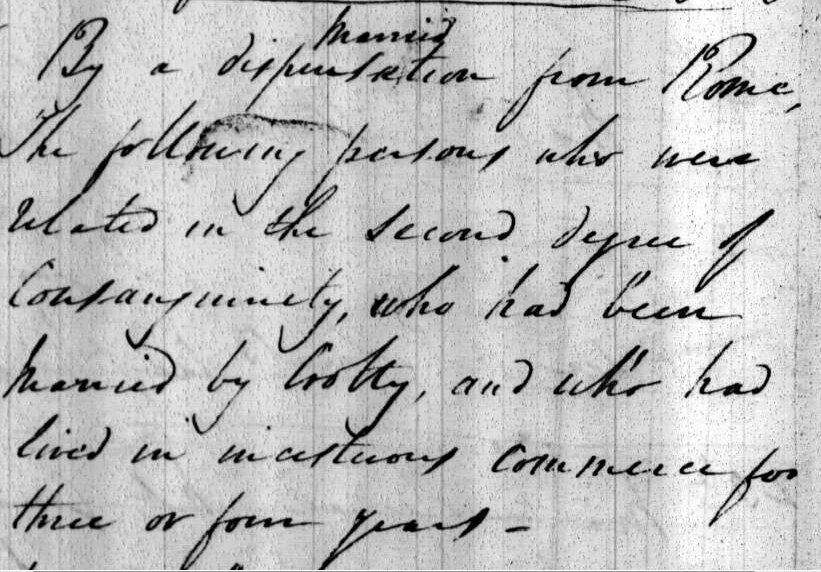