This is the 1856 Parish Plan for Bulla then called Bulla Bulla in Victoria Australia showing the land holdings of William Patrick Fanning (listed as W. Fannan).

This Parish Plan was kindly sent to me by my first cousin Teresa Fairbairn nee Fanning.

Lot 19b was where Big Bill had “Sunnyside” built and where he and his family lived and where his descendants still live. The other 346 acres was the land that his son John Henry inherited. It was called “Emu Flat” and the Fannings living there were called the “Flat Fannings” and those at “Sunnyside” were the “Hill Fannings”. It is interesting that even in 1856 William Patrick Fanning is listed as W.Fannan. 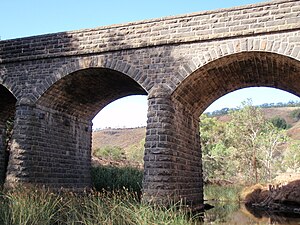