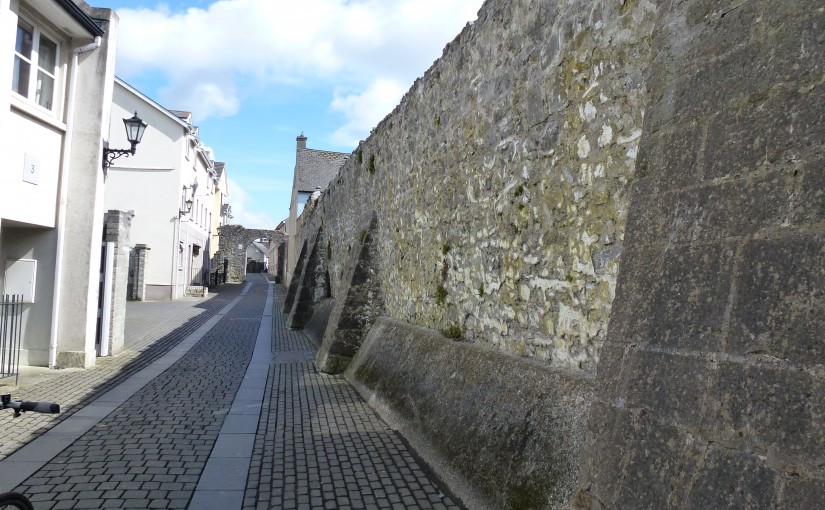 These records are in the National Library of Ireland archives in Dublin:

1347 -Writ to the sheriff of Kilkenny touching a contoversy in law between Amicia de Carew, defendant, and Thomas Fanin, Plaintiff, concerning the manor of Cleomentach, 1347.

1512-Grant by Geoffrey Fanynge to Sir Piers Butler of the town of Balicoyne, Co.Tipperary, Sept 8, 1512.

1544-Grant by Oliver Fanyng to the Earl of Ormonde of all the messuages, lands, etc.of Mohobbir and Shancourte, Co. Tipperary, in exchange for lands in Ballihoggon and Croanebeg in Co. Kilkenny, May 10, 1544.

1557-Grant by the Earl of Ormonde to Richard Mares and Katherin Fannyng his wife of the wardship of Edmond Warner alias Marnell, May 1, 1557.

1578-Grant by the Earl of Ormonde, through his attorney, Richard Shee, to John Fanning of a mill called Hospital Mill in Carrick(-on-Suir), May 22, 1578.

1579-Grant by Edmund Fanning to the Earl of Ormonde of half of the towns of Ballymaclaghne and Ballytarane, Co Kilkenny, Dec 20 1579.

1585-Bond by Richard Butler and Morerteghe O’Riane to the Earl of Ormonde on condition that William Fanyng shall abide an award concerning the title to a moiety of lands in Ballymclaghin and Ballytarsny, Co Kilkenny, with the award, Jan 27, Mar 3, 1585.

1625-Grant by Clement Fanning to his daughter Joan Fanning of a half plowland of Dromona and a chamber in the castle of Ballycahill, Co Tipperary, citing a grant by Fanning to William Kennedy and others, June 20 1625.

1659- Jeffery Fannying Esq. and William Fannyng gent. are listed in Pender’s Census of Ireland 1659 as living in the townland of Ballingarry in the Parish of Ballingarry.