Francis Collins Fanning was the son of Edward Fanning and Sarah Collins. He was born in Bulla Victoria in1892 and became a builder. he lived in Essendon Melbourne. He married Ida Mackey in 1915 and they had four children. In 1932 he died aged 40. 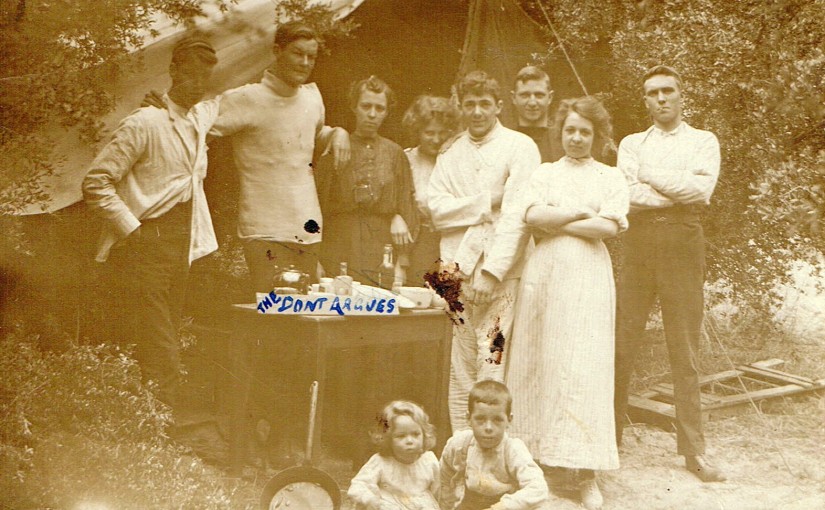 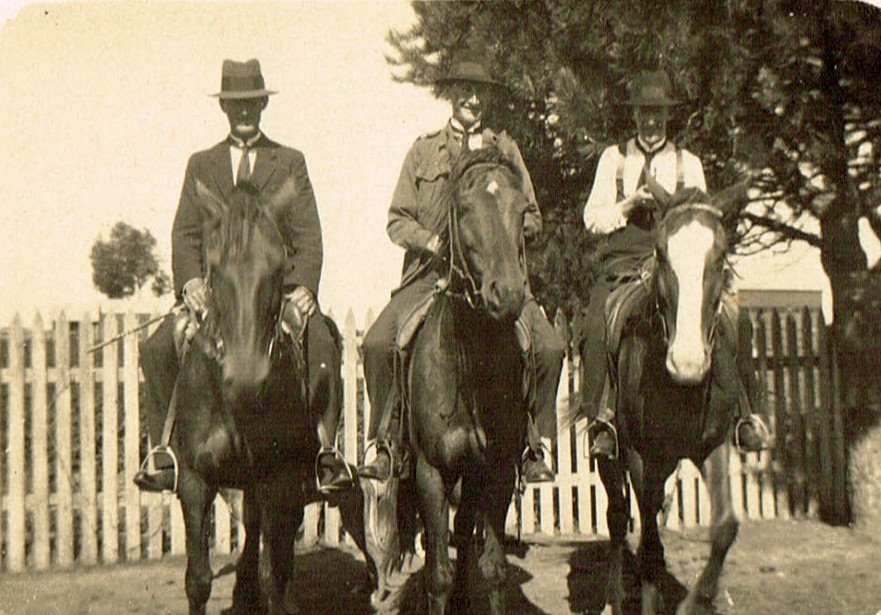 My grandfather Frank Fanning is in the center. I don’t know when this was taken but he is obviously in his work clothes.

He was a talented builder. He is said to have built the original St Theresa’s Primary School and quite a few of the local picture theaters around Essendon.

His son Jack, also a builder, built the Presbytery at St Theresa’s. One thing I remember my father telling me about him was that he played the violin I also have been told he liked to bet on the horses.

Francis Collins Fanning, “Frank” Fanning, my grandfather was a builder in the Essendon area. This advertisement was in the local Church paper and may have been around 1923.

The wedding was at St Monica’s Catholic Church in Essendon, Melbourne, on Sept 25, 1915.

Ida Fanning was an avid card player and president of the card committee at St Columba’s College in Essendon, where she organized the card afternoons until the early 1960’s. She also held card afternoons at her flat “Collida” in Stanley St Essendon. The name being a combination of her first name Ida and Collins, my grandfather’s second name. On her flat at Stanley St Essendon there was a brass plate with Collida on it. She taught me to play euchre in her front room. She loved the British monarchy and had numerous royal memorabilia.

Frank died at the age of forty after a three year illness.

Ida Fanning died age 84 and they are both buried in Fawkner Cemetery Melbourne.