Ancestry of Patrick Fanning born in Co Tipperary Ireland in 1864, the son of William Fanning and Catherine Fogarty of Clondoty. He was a successful publican in Dublin and died there in 1906. 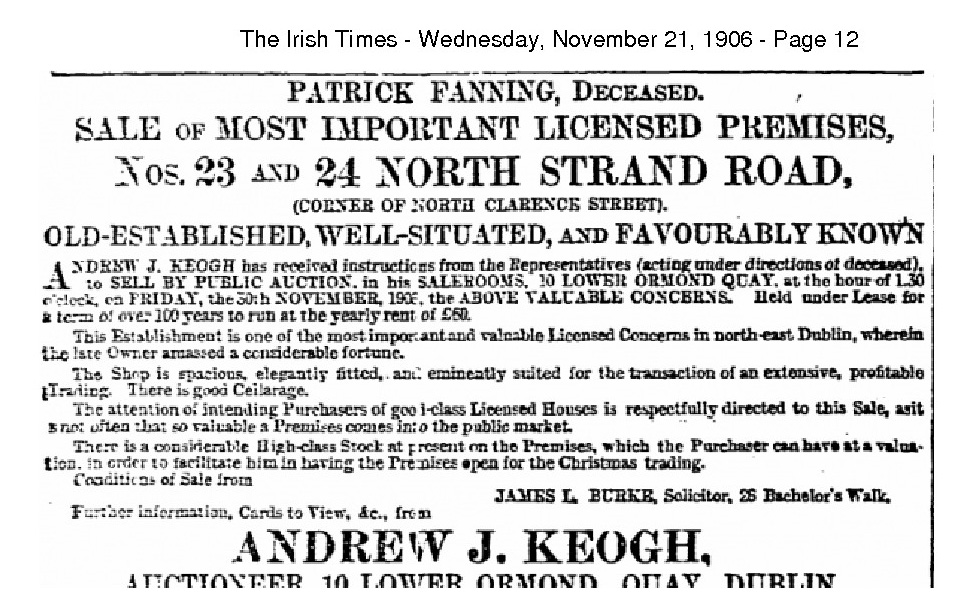