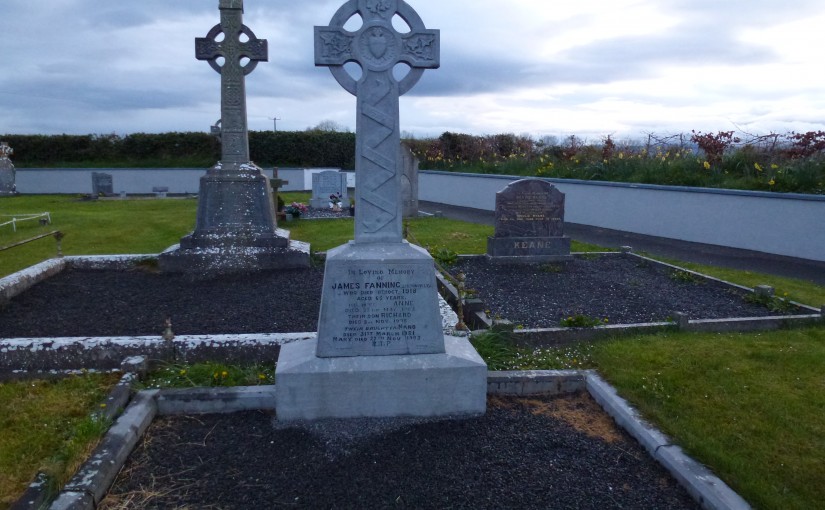 In 1911 Johanna Fanning nee Shanahan was still living with her brother and his family. She was married for two years and had one child deceased. She was a domestic servant.

MICHAEL FANNING, farmer of Castletown. Father: William Fanning, also a farmer, married JOHANNA SHANAHAN of Lisdonowly in the Parish of Moyne on Feb 15 1885. Her father, a farmer, was John Shanahan. Witnesses were William Maher and Ellen Shanahan.

I don’t know if the Michael Fanning that Johanna Shanahan married was a related Fanning. I will follow this up as it is possible as the Lisdonowley Fannings were close neighbors.