Lissaroon just north of Thurles in Co Tipperary Ireland was the home of William Fannin (1731-1802) & Sarah Ryan (1742-1817). Successive generations of their decendants have lived on this property. 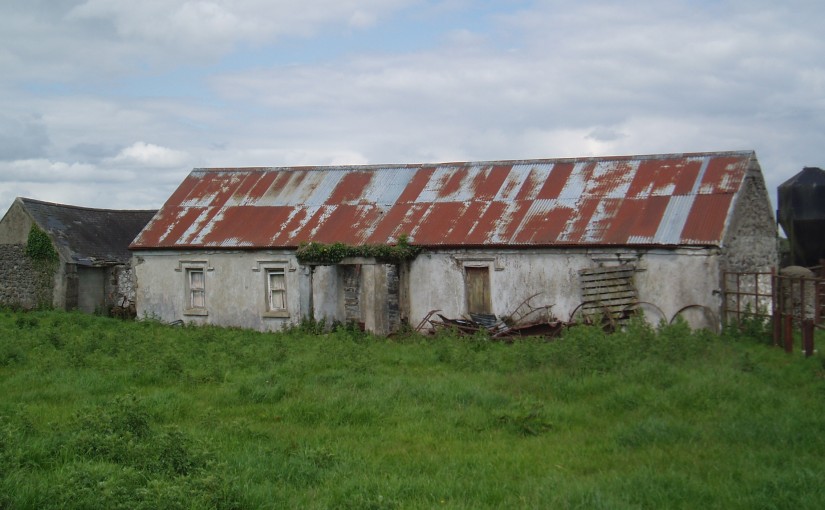 After William Fannin died in 1802 his eldest son William Fanning took over the property. He was married to Hanera Cormick. From William the property passed to his son Michael who was married to Catherine Ryan and from then to Thomas Fanning married to Johanna Bannon. The Bannons and Cormicks were Lissaroon neighbours. They did not have any children and so it was left to John Joseph Mullany his nephew and son of John Mullany and Bridget Fanning. The property is owned now by Bridget Fanning’s granddaughter.

Thomas and Johanna were the last Fannings to live at Lissaroon.

In the Nenagh Guardian 4 Feb 1984 there is an explanation of the road which cuts through Lissaroon. This was done in the 1840s. Delia Cullen told us this road was a real boon to the Fannings giving them direct access to Thurles. 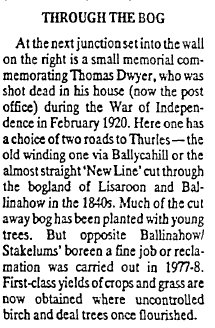 When Michael originally had the property  it was about 50 acres with an additional 45 acres of bog land next door. The lessor was Edward Maher. Then Maher took over the bog land. The total property was valued at 33 pounds in 1856 and 50 pounds in 1943.

In Griffith’s Valuation Lissaroon William Fannin is listed as occupier of a house, offices and land (44 acres 2 rods and 29 perches) the immediate lessor being Edward Maher. The no and letters of reference to the map are 11 ABa. William Fannin also occupies No 12 with John Cormack and others. This is a bog of 43 acres 3 rods 11 perches. Edward Maher is lessor.

Looking again at the 1901 Census for Lissaroon we can see that the number of families is less. In 1901 there are twelve families and in 1911 there are ten. The main families are the Purcells, Brolans, Fannings, McCormacks or Cormacks and Bannons and Ryans.

The House and Building Returns for 1901 describe Lissaroon as having six rooms, four windows, being made of either stone or brick or concrete and having a roof of thatch or wood. Descendants have confirmed that it had a thatched roof which became too expensive to upkeep and was replaced by a tin roof. There were two cow houses, one calf house, one dairy, one fowl house, one boiling house, one barn, one stable and one piggery. Six family members occupied six rooms in what was classed as a second class house.

In the 1911 census seven rooms are occupied by the Fannings.

The 1901 Return of Out-Offices and Farm-Steadings has the Fanning property at Lissaroon having two cow houses, one calf house, a piggery, fowl house, boiling room, barn and shed. A total of nine out-buildings. In the 1911 census there are eight out buildings: a stable, a dairy, cow house, fowl house, barn, turf house and shed.

In 1904 when the property was owned by Thomas Fanning a request was made for a labourer’s cottage to be erected on his lands at Lissaroon. This was part of the Thurles Labourers’ Cottage Scheme.

According to Delia Cullen the gr granddaughter of Michael Fanning he was paying 37 pounds a year in rent for the Lissaroon property.

John Joseph Mullany is Thomas Fanning’s nephew. 9A was added in 1943. His mother is Bridget Mullany nee Fanning. The Ratings Records from 1999 show Timothy Cullen as the occupier of 7A 8A 9A 12A Lissaroon In Fee. Area is 71 acres. As rates were abolished this is the last record they have. It has the rates being effective from 31/12/1988 which could be when the property changed hands.

Based on information in a 1978 letter by Archbishop O’Donnell to his nephew I think William Fannin and Sarah Ryan of Lissaroon are the grandparents of William Patrick Fanning, “Big Bill”, who emigrated to Australia in 1841 with his wife Catherine Hayes. It was described as a “prosperous Farm” in Archbishop O’Donnell’s letter to his nephew. The stone house on the left may be the original dwelling.

I recently heard from a woman who was born near Lissaroon and used to play in this house.  This is part of what Mary wrote:

“There were a family living there over 50 years ago, called Meehans, but they only had the house rented or maybe they were related, I just don’t know. But no one lived there once the Meehan’s moved out. But I passed there last week and the house is still standing…….I was often in that house when a child as we used to play with the Meehan children, all I can remember of it was there was a stained panel of glass in the front door and that they had, if I remember right a walled back yard with a pear tree, and loads of trees in the front of the house, they are all gone now. I’m trying to remember how many rooms were in the house, I know there was two rooms of the kitchen, the kitchen, a parlour, and maybe there was another room of that, not sure.”

“I’m trying to remember, it is a long time ago, but I think there was a wall that went all around the house in front, coming up from the right hand side up the field in front of the house. I think it went all around the front over to the left hand side. There was a small gate and a path to the front door, and trees at both sides of the path and daffodils in the spring, and thats all I can remember. If I can meet Billy Cormick who lives just over the road he would maybe be able to help, I believe he is into history, and maybe may be able to tell me something. I want to ask him about my Lowry’s who move to Lissaroon for a while when they were evicted in 1849 and a relation of Billy’s was a sponsor for one of the Lowry kids. The stone building at the left hand side of the picture may have been the original house.”

More photos of Lisaroon taken in June 2010. The farm hasn’t been lived in for years. 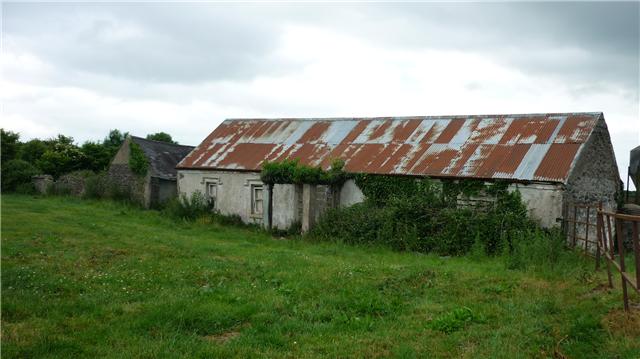 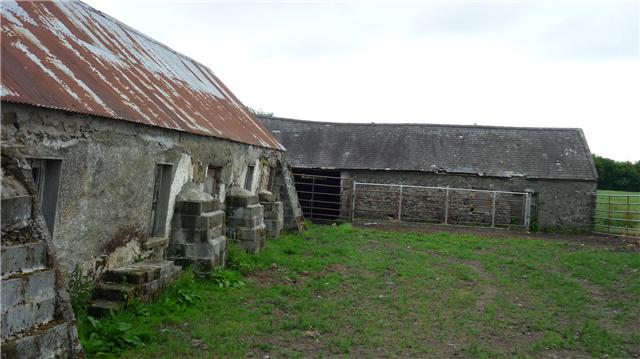 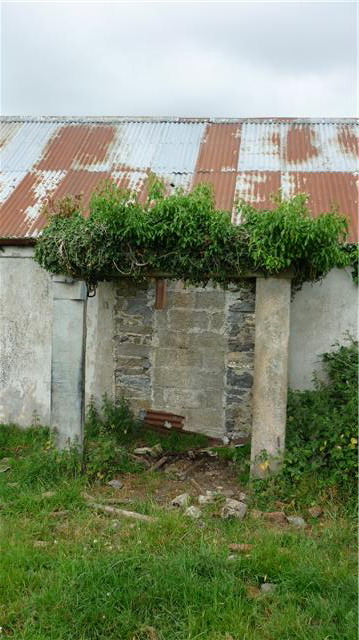 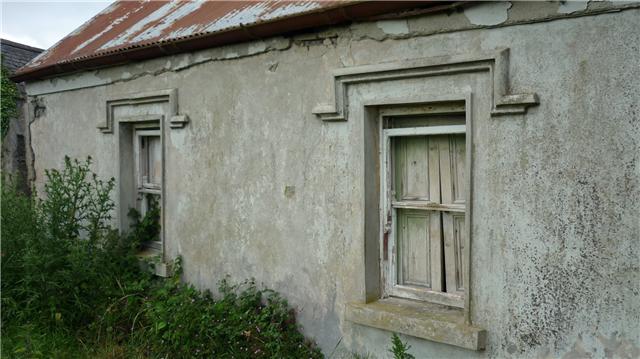 4 thoughts on “Lissaroon the Home of William and Sarah Fannin, Co Tipperary Ireland”