Recorded history of the Fanning Family in Ballingarry Co Tipperary Ireland from 1512 to 1731. 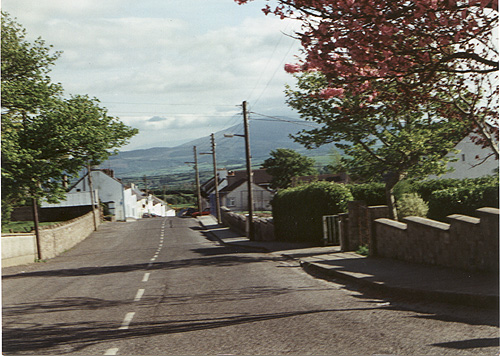 Ballingarry Castle was recorded as being in the possession of Nicholas Faninge of Ballingarry in 1641. Faninge was part of a powerful land holding family in the parish of Ballingarry from the medieval period to the seventeenth century.

The castle was probably a tower house and residence of the Fanning’s.

Ballingarry medieval church functioned as the parish church. The church appears to have been in ruins at the end of the fifteenth century but was reconstructed, possibly by the Fanning family whose Ballingarry tower house was nearby.

The castle of Ballingarry was probably built by the Fannings. In 1654 Nicholas Faninge, an Irish Papist was recorded as the proprietor of Ballingarry and the settlement at the centre of the parish was described: “Upon the sayd lands stands a good castle with a tatcht house &amp; some cabbins and a mill standing upon a little brooke neare the castle.” (Simington, R. C. 1931 The Civil Survey AD 1654-56 Co. Tipperary Vol. I. Stationary Office: Dublin).

The Fannings were one of a few families to retain their land after the Cromwellian confiscation’s. In the census of c. 1659 a Jeffry Fannying Esq. is returned as the principle land owner of Ballingarry townland (Pender, S. 1939 Census of Ireland c. 1659. Dublin. 295). In 1667 Jeffry Fanning paid taxes for three hearths, including an oven and a kiln (Laffan, T. 1911 Tipperary Families, Being the Hearth Money Records for 1665-7. Dublin.135).

The area occupied by Ballingarry settlement was small. The historical record and the remains on the ground show that the settlement was dominated by the Fanning tower house and other buildings owned by them.

The Fannings were associated with Ballingarry from the early sixteenth century, possibly when they built their tower house. The choice of site was influenced by the presence of the parish church. The settlement described in the Civil Survey appears to be a wealthy farmstead with services and functions for a grazier estate.

Any nucleation at the centre of the parish was sponsored by the Fanning family, either for their own use, the functions of the estate or as houses for the workmen of the estate.

The Catholic people of the Parish built a new Church at “Kilbaheen”, situated 250 yards east of the present church, in 1731, on land reserved by Mr. Fanning when he sold his property to Mr. Jacob (Visitation Book, pp133-134).

Unfortunately the Ballingarry site I got this article from does not seem to exist anymore. The site name must have been bought by someone else. The link below goes to a FB page which has none of the original wonderful articles about Ballingarry.