A description of the Anglo-Norman Fanning family landholdings in Ballingarry Parish Co Tipperary Ireland in 1650 and 1850. 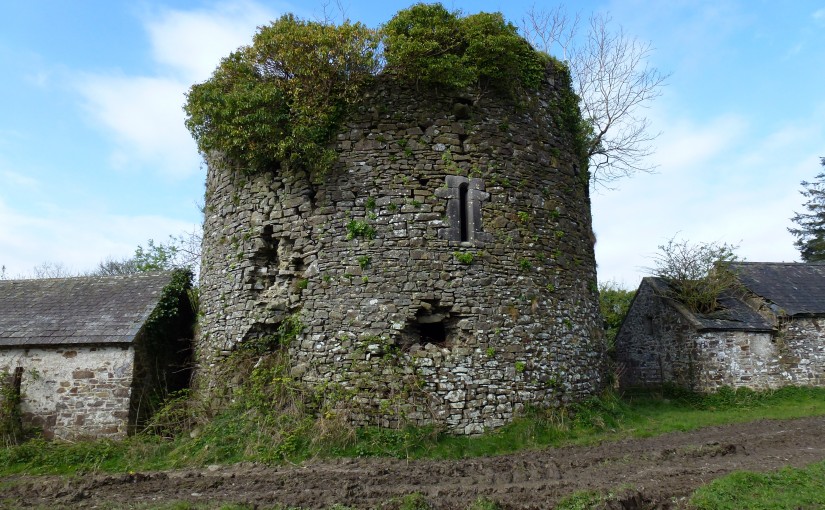 Unfortunately the Ballingarry site I got this article from does not seem to exist anymore. The site name must have been bought by someone else. The link below goes to a FB page (last post 2017)which has none of the original wonderful historical articles about Ballingarry.

Sections from  “Landlordism in Ballingarry Parish in 1650 and 1850” by Dr Thomas McGrath which involve the Fanning family:

“The lands of the present Catholic parish of Ballingarry comprising the civil parishes of Ballingarry, Mowney and parts of the civil parishes of Lismalin and Crohane, were owned by twelve people c. 1650. Of these twelve, five were Butlers, either closely or distantly related members of the most important family in the region. The Butlers owned well over half the land of the parish.

The largest landowner in the parish in the mid seventeenth century was the non-resident Earl of Ormonde who held a total of 4,600 acres which was but a small portion of his total landholding. The Earl and Countess of Ormonde directly controlled over 85,000 statute acres in County Tipperary alone.

The Earl’s holdings in Ballingarry were as follows with the acreage given in brackets, Ballintaggart (1,600), Mohober (1400), Rosnharley (Harleypark-200), Gortnassy (100), and Boulintlea (Boulea-900). Pierce Butler, Lord Viscount Ikerrin resided at Lismalin where his solid castle can still be see (as can his castle at Clonmichlon in Gortnahoe parish). He held the townlands of Lismalin(664), Gragagh(700), Ballygalvan(400), Shangarry(360), The Islands and Gragaugh(598), Garrynagree(410), Garrynoe(500), Knockankitt(200), Shangarry(400), making a total of 4,232 acres. Again this was only a portion of his 26,700 statute acres in County Tipperary. Thomas Butler of Kilconnel held Crohane(1600) and Ballincurry(180) totalling 1,780 acres. Pierce Butler of Callan held 800 acres at Williamstown and William Butler of Ballykerrin held 300 acres there. People bearing the Butler name thus controlled 11,712 acres in the Ballingarry area.

In comparision to the Butlers, the Fanning Family, who were also of Anglo-Norman origin, were of minor importance though they were well established in Ballingarry holding 4,454 acres. Nicholas Fanning held 1600 acres at Ballingarry. Jeffry of Glengall held 474 acres consisting of Glengall(1184) Grawn(100), Ballaghboy(150) and Gortnassy(40). William Fanning of Farrinrory held 1,980 acres: Farranrory(1,000), Cappagh(680), and Kilmackenoge(300). Edmond Fanning of Gortfree held 400 acres therein.

Between 1650 and 1850 landownership in the parish completely changed. The Anglo-Norman families of Butler and Fanning (invariably described as ‘Irish Papists’) who had supported the native Irish in rebellion against the New English in the 1640s were dispossessed during the Cromwellian (if not the Williamite confiscation’s). Fanning of Ballingarry was executed. Viscount Ikerrin (with all his tenants and retainers) was transplanted.

In Slieveardagh officers in Cromwell’s army (in particular) and adventurers who had financed the war were offered the forfeited lands of those who had been in rebellion on the losing side. Many of the adventurers sold on and of course during a period of two centuries lands would have changed hands many times through the normal processes of sales, wills, legacies, etc. The denomination of townland acreage’s also changed substantially.The three biggest landowners in Ballingarry in 1850 were of New English origin and held over 2,000 acres each. “